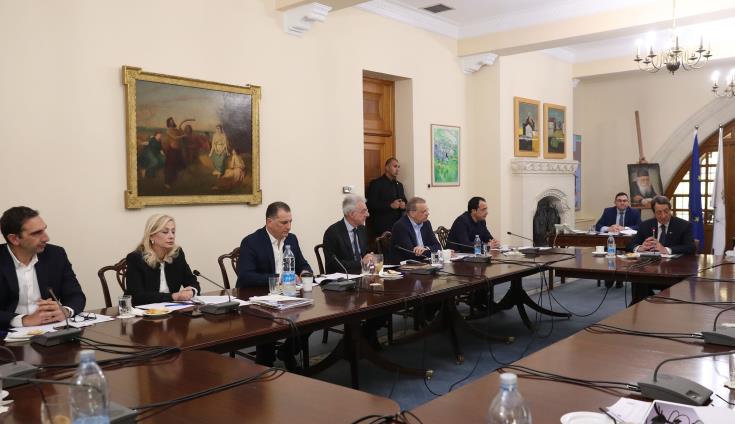 President Nicos Anastasiades will this morning chair a ministerial committee to review the coronavirus outbreak amid calls from the medical community as well as the general public for tougher measures to contain the spread.

There are 95 confirmed cases in the Republic of Cyprus, 20 of the new cases announced over the weekend.

Police have been out trying to enforce decrees, carrying out more than 3000 checks from noon on Saturday to noon on Sunday, amid repeated calls from the government and experts urging people to stay home.

However there have been mounting calls on the government to enforce tougher measures, particularly after scenes of children’s playgrounds and parks, as well as open bazaars teeming with people.

On Sunday, the Cyprus Medical Association issued an urgent recommendation saying Cyprus should follow the example of other countries and restrict all non-essential movement so as to break the chain of transmission.

They want to Cyprus to get ahead of the spread so as to ensure that the health system can cope with those who contract the virus.

A petition has also been launched calling on the president to lock Cyprus down now, before it is too late.

“We call on the President of the Republic to order a complete lockdown of our country since a number of citizens of Cyprus  do not realise how serious the situation is,” the petition says.

It adds that everything except pharmacies and shops selling food should close down.  “President, if you really want to save our country and the economy, SHUT DOWN now, before it is too late.”

Meanwhile, a patient who has been at Famagusta Hospital since March 21,  the referral hospital for coronavirus, was last night transferred to the intensive care unit of Limassol Hospital. The Cyprus News Agency said the 58 year old patient was transferred after developing respiratory complications.

The remaining 12 patients at the hospital have mild symptoms and their condition is described as good.

The Cyprus News Agency added that one of the 12 patients underwent a second test yesterday and if that result is negative, the patient may be discharged.

It added that the Famagusta Hospital will this week be equipped with machinery that allows the immediate testing of samples for Covid-19.

By In Cyprus
Previous articleForeign investor takes over Riviera Club Residence in Paphos
Next articleCoronavirus: Rules on operation of public hospitals extended for 48 hours