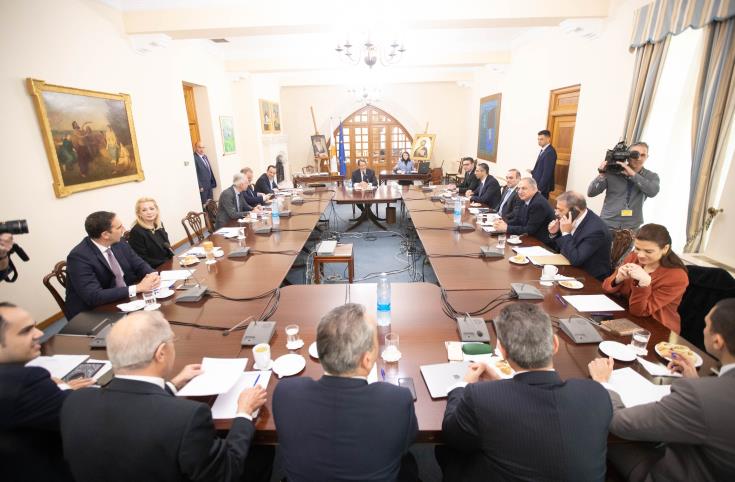 President Nicos Anastasiades on Sunday announced sweeping new measures to contain the spread of coronavirus that include suspension of the operation of a large number of private companies and a requirement that those still allowed to enter Cyprus present certificates that they have tested negative for coronavirus.

The entry requirement will come into force on March 16 and will be remain in force until April 30. All arrivals will be subject to mandatory 14 day quarantine at facilities selected by the state.

These were decided at an urgent meeting of the Council of Ministers on Sunday which also approved a €700m support package for the economy, workers as well as vulnerable groups.

Another €100m will go to boost the public health services.

There are 26 confirmed coronavirus cases in the Republic of Cyprus and another six in the Turkish-held north.

Speaking after the urgent meeting of the Council of Ministers, Anastasiades said that  having reassessed the situation based on information from WHO and developments in Europe and in locally with the spread of coronavirus, cabinet had decided that Cyprus was facing an emergency and additional measures were needed.

The above measures come into force at 6 pm tomorrow and will last until  April 30.

The above applies for all all those crossing from checkpoints except for humanitarian reasons and subject to approval of the Minister of the Interior.

He said the operation of private companies will be suspended while ministers have been authorized to come up with plans to operate under emergency conditions.

As regards private companies this means that as from tomorrow and for four weeks the operation of the following will close: malls, catering establishments, shops, recreation centres, museums, sports centres, theme park, cinemas etc.

Essential services such as supermarkets, pharmacies, bakeries, petrol stations and kiosks and private health services will remain open. Arrangements will be announced for public transport. Restaurants that carry out delivery can remain open.

Anastasiades said that cabinet had also approved €700 m support for companies and workers  which is equivalent to 3% of GDP.