Coronavirus: Businesses, workers nervous as economy comes to a standstill 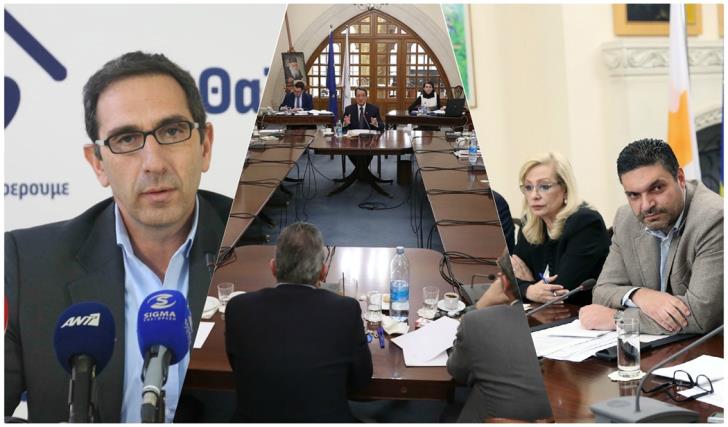 Around 165,000 workers in the private sector and over 33,000 small and medium-size businesses are gripped by uncertainty fearing what the next day will bring as a result of several businesses suspending operations following recent measures put in place by the government to contain the spread of Covid-19, Phileleftheros reported on Sunday.

Businesses in crucial economic sectors like retail and hospitality have taken a huge blow, as the government decided to suspend the operations of malls, department stores, cafeterias and restaurants from March 16 for four weeks, while hotels will remain closed until April 30.

Workers are in a bad place in the tourism and hospitality sector, as in addition to the closure of hotels, measures have dragged along associated businesses like travel agencies, transport companies and restaurants.

According to data by the Statistical Service, 37,826 people on average work in hotels, restaurants and other associated services.

The retail sector, one of the island’s biggest employers, counts 72,973 workers on average (end 2019 data) and 16,704 registered businesses whose future is uncertain.

Meanwhile, workers’ unions have reported cases of jobs being threatened as a result of the crisis, with union ‘Equality’ sending an open letter to the President accusing the government on Sunday of lack of clarity in certain measures and saying it had received complaints from employees who said they are at risk of being let go if they are not able to work from home.

Banks have been encouraged to accept delayed payments for loans and make new lending easily accessible to pump liquidity into the economy, sparking fears of a new round of non-performing loans among banks and regulators.

The government has announced a series of measures to boost the liquidity of businesses and prevent the firing of any staff.

Labour Minister Zeta Emilianidou said in an interview published on Sunday in Phileleftheros that the government will do its best to pay the promised grants to affected businesses by the end of the month, and in case that is not possible they will arrange for at least a partial initial payment to beneficiaries.

Emilianidou also said that in the coming days a plan will be ready to support the self- employed.

She added that safety clauses have been added to the plans, including the banning of businesses who have let any people go from participating in the government support schemes.

Businesses that join the plans are also prohibited from firing any people for a period of 12 months.

Responding to a question, she said that the ministry is not aware of any businesses firing employees as a result of the crisis, and called on employers to refrain from doing so and instead apply for one of the government’s schemes.