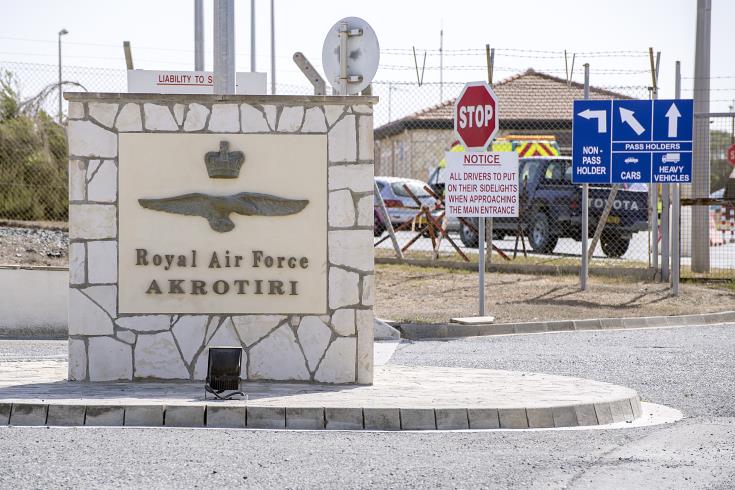 All people travelling from the UK to Cyprus will have to self-isolate for 14 days amid concerns over coronavirus and this includes British troops and their families at the Sovereign Bases, Forces TV reports.

Nearly 6,000 British military personnel and their dependents are based in Cyprus.

All non-essential travel, military exercises and large gatherings have been stopped in the Sovereign Base Areas.

A number of people are self-isolating within the bases and are being tested for coronavirus. So far, all results have come back as negative, the website added.

“Where families are coming back from the UK, where there have been children at school or university, they must continue to come because it’s important that families are together as we face this threat.

“People who need to come back for operationally essential reasons – they will continue to come.”

Major General Thomson said he is meeting with commanders on Monday and that he is “confident” in the measures being taken.

Cyprus has 14 confirmed cases of COVID-19.

It is home to the RAF’s busiest operational base, RAF Akrotiri, and Dhekelia Station. British soldiers are also part of UNFICYP.

Under revised travel advice, the UK has been moved to category 2 which means that UK travellers must self-isolate, regardless of having any symptoms or not.

Group Captain Sonia Phythian, Commander Medical British Forces Cyprus, said: “Even if you haven’t travelled to any of the high-risk areas which we know such as Italy, but develop flu-like symptoms such as a raised temperature or a cough, then please self isolate for seven days.

By In Cyprus
Previous articleCoronavirus: MoH launches hotline for information
Next articleGreece shuts all museums and ruins over coronavirus, including Acropolis