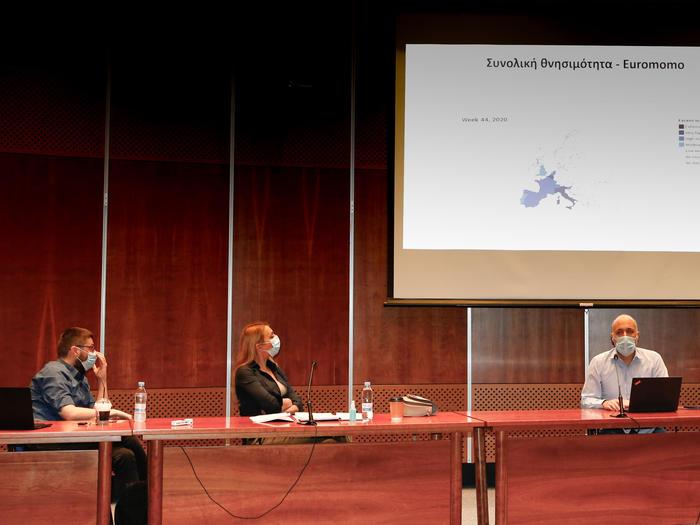 The government’s coronavirus advisory team on Monday afternoon is to review the new state of play in Cyprus after 10 days of additional preventive measures which are in effect till November 30.

The measures are much stricter in Limassol and Paphos districts which are almost in total lock-down because of their bad epidemiological picture.

Monday’s conclusions and proposals on the next steps to be taken will be handed to Health Minister Constantinos Ioannou who will submit them before Cabinet on Wednesday.

Philenews reports that the government is considering  small relaxations during the two main days of the festive season – that is  December 25 and January 1, according to insiders.

And that these relaxations will apply to both Christmas and New Year’s eve family gatherings and church services.

In addition, the lifting of restrictions in Paphos district is almost certain because the epidemiological picture of the last few days shows significant improvement.

As for Limassol, the picture is still unclear because even though the data shows improvement the effect of the coronavirus, that is the proportion of cases per 100,000 population, remains at dangerous levels.

However, Limassol will also see gradual relaxations especially in terms of geographical restrictions considering that the number of citizens who are forced to commute daily for work or other reasons from the almost lock-downed city to other districts and vice versa is quite high.

The Health Ministry announced 187 new Coronavirus cases out of 3,223 PCR tests on Sunday and another 121 from rapid antigen tests.