Coronavirus: 1400 certificates for repatriation have been issued to Cypriots 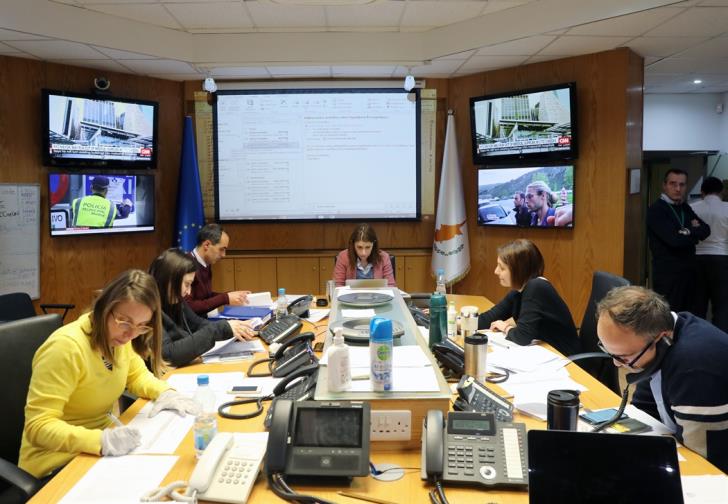 1,400 certificates allowing Cypriots to repatriate have been issued by diplomatic missions abroad and the National Centre for Crisis Management, said the latter’s coordinator Paris Samoutis on Saturday.

The centre has so far received around 1,500 calls and 1,600 e-mails according to Dimitris Hadjiargyrou, head of Schengen area, consular affairs and crisis management at the Foreign Ministry, and operates daily from 8 am until midnight on a two-shift basis.

He also mentioned that 50-60 Cypriots are stranded in countries outside the EU like New Zealand, Australia, India and the UAE, including 19 athletes who had travelled to Thailand for an athletic event whom the centre is trying to repatriate.

The Foreign Minister Nicos Christodoulides congratulated on Friday the work of the crisis management centre and the staff at the Foreign Ministry as well as diplomatic missions abroad “who are working day and night to resolve the problems of our compatriots abroad.”

Samoutis said that the biggest problem was encountered with people who wanted to return from the UK as there were no flights. “The ones from Greece found a way to get back,” he said.

Asked if they were prepared for such a crisis, Samoutis said that they could see it coming. “It was evident from the start, from the moment we realised it was out of control. And then came the first travel measures from the Foreign Ministry. The exercises we do every year helped, like one that focuses on the evacuation of civilians,” he said.

On the latter, he said that almost daily teleconferences take place with the EU civil protection mechanism, through which counties can apply for up to 75% funding from the Commission for chartering flights.

Hadjiargyrou reminded that Cypriots who travel or live abroad can register on the Oikade portal.

“At the start of the crisis there were 20 travellers registered. Today there are 650,” he said.