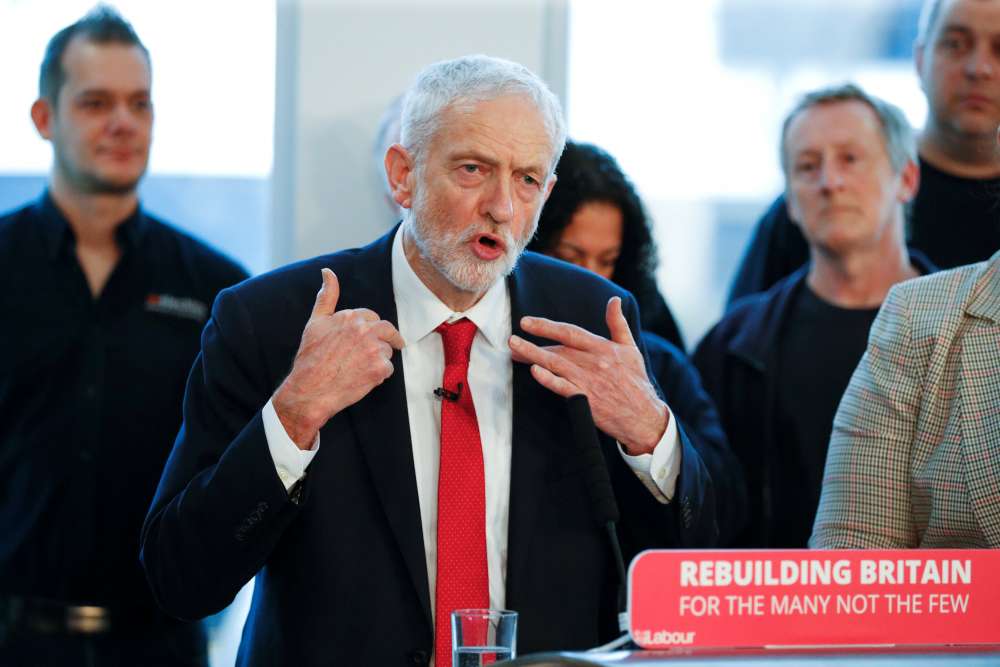 British opposition leader Jeremy Corbyn would dash across London in a cab to Buckingham Palace and tell Queen Elizabeth “We’re taking over” should Prime Minister Boris Johnson refuse to quit if he lost a no-confidence vote, Corbyn’s deputy says.

Traditionally, a new British prime minister travels to the queen’s official residence in a choreographed procession of official cars to be formally appointed as the nation’s leader.

But with the meter running down towards Britain’s exit from the bloc, Labour Party deputy leader John McDonnell suggested a break with such pomp and ceremony might be needed.

Johnson, who heads a minority government, has promised that Oct. 31 will be Britain’s last day as an EU member, with or without a withdrawal agreement.

Commentators have suggested that parliament, where a majority are opposed to a no-deal Brexit, could call a vote of no-confidence in him before then, most likely in September.

But some reports say Johnson could refuse to resign even if he lost in order to delay an election beyond Brexit day and ensure the country leaves the EU.

Speaking at the Edinburgh Festival on Wednesday, McDonnell proposed a simpler solution to removing Johnson in that event.

“I would be sending Jeremy Corbyn in a cab to Buckingham Palace to say “We’re taking over”,” McDonnell said.

Though he appeared to be joking rather than revealing the precise details of a Labour plan, his words did signal that the party could try to use untested electoral law to take control of the country if parliament votes against Johnson’s government.

Under 2011 legislation, a vote of no-confidence triggers a 14-day period during which Johnson can either regain the confidence of parliament by winning a vote, or rivals can pitch their own government and try to secure majority backing.

A transition of power between British prime ministers relies on the outgoing office holder recommending their successor. Any deviation from this could force the queen to break a golden rule that the monarch does not get involved in politics.