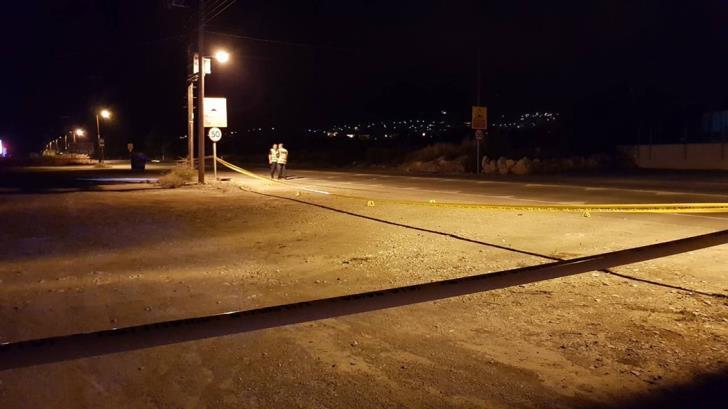 Paphos Criminal Court on Thursday sentenced  a 35 year old man to jail for two and half years for causing the death of Briton Robert James Birch through reckless action at Coral Bay last year.

Birch was hit by a car and fatally injured while walking along the road on June 24, 2018 at Ayios Georgios in Peyia.

His friend, aged 32,  suffered serious injuries. Witnesses said the two tourists had intervened when the defendant assaulted a woman who was with him.

On Thursday, the court also handed down a one year jail term — to run concurrently with the 2.5 year sentence — for injuring  the second man. The court said that the time spent in custody (since June 24, 2018) should count towards the jail term. And it stripped him of his driving licence for one year, effective after his release.

The defendant, Demetris Ilitzides had pleaded guilty to the charges.

He was initially charged with premeditated murder which was later amended to manslaughter, pleading not guilty in both cases. But on July 9, the prosecution dropped those two charges and Ilitzides pleaded guilty to the lesser charges of reckless action leading to the death of Birch, endangering the lives of the two British tourists and abandoning the scene of the accident.

In passing sentence the court said that the defendant’s actions had led to the loss of a life. The fact that he was under the influence of alcohol could not be used in mitigation but the court did take into consideration his admission of his guilt and his clean record.

Earlier on Thursday, defence argued in mitigation saying that up to the night of the incident, Ilitzides was a hard working and law abiding citizen. He added that the defendant was young, with three children aged 14, 13 and 11 and was the main provider for the family.

Police who went to went Ayios Yeorgios Avenue at around 2.30 am on June 24, 2018 had found the 39 year old Briton dead on the road and the second man, aged 32, injured. The driver of the car had abandoned the scene of the accident. A little later, police were informed that the car had been driven into the sea at the fishing shelter.