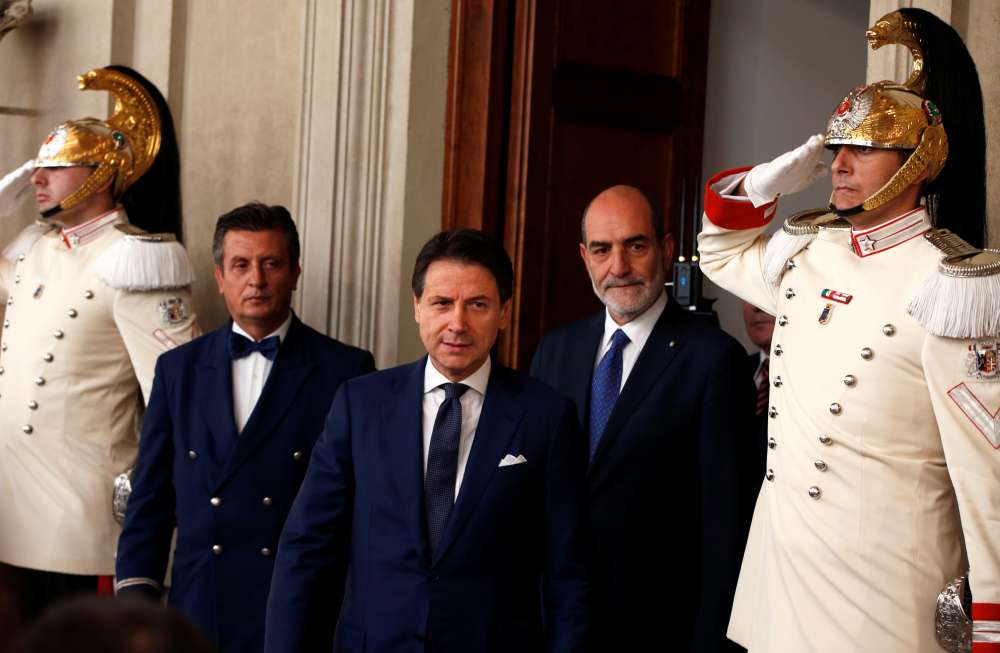 Italy’s president asked Giuseppe Conte to head a coalition of the 5-Star Movement and opposition Democratic Party (PD) on Thursday, a move could that could mark a turning point in Italy’s frayed relations with the European Union.

Sergio Mattarella handed Conte a fresh mandate to form a cabinet barely a week after the low-key lawyer had resigned following a decision by the far-right League party to pull out of its coalition with 5-Star.

The move by its leader Matteo Salvini, who had wanted early elections to capitalise on his party’s success in European elections, appeared to have backfired as 5-Star and the PD set aside their mutual antipathy to form a government led by Conte.

“In the coming days I will return to the president of the republic … and submit my proposals for ministers,” Conte said after leaving the presidential palace.

The soft-spoken academic, who has no political affiliation but is considered close to 5-Star, added that work on the 2020 budget was his priority.

In an early, basic draft of a coalition policy platform, the two sides would ask the EU for flexibility on the 2020 budget deficit to “reinforce social cohesion” in the country, financial daily Il Sole 24 Ore said on Thursday.

The EU imposes budget rules on member states with the aim of ensuring financial stability in the bloc. It has had a testy relationship with Rome under the outgoing administration, with League leader Salvini blaming the EU rules for impoverishing Italians.

The prospect of a new administration led by Conte has buoyed markets, which are betting that Italy will get a fiscally prudent government that will avoid confrontation with Europe.

However, a coalition pact is not yet a done deal and the incoming coalition still needs to agree on a shared policy platform and team of ministers.

The tentative accord could still unravel with 5-Star and the PD yet to agree on other top government posts, besides the prime minister’s position, or reveal a common policy platform.

In an added complication, 5-Star has said it will put any deal with the PD to an online vote of its members. Many 5-Star supporters have taken to social media to denounce a pact with the centre-left and a ‘yes’ vote cannot be taken for granted.