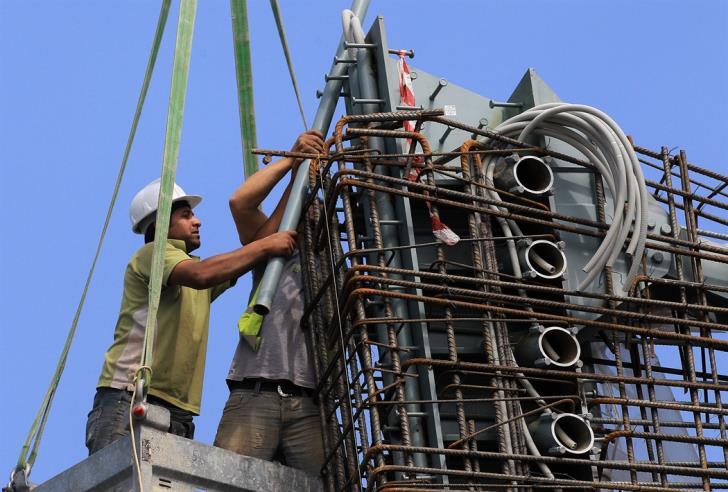 Thousands of construction workers who are members of PEO, SEK, and DEOK trade unions yesterday (Wednesday) went on strike to press their demand that building contractors renew their collective agreement and restore cuts in their salaries and benefits.

At the same time, the strikers authorised the boards of trade unions in all districts to proceed with escalated measures if there is no immediate solution to their problem. The decision was taken through a secret ballot.

After a meeting in Nicosia at the premises of left-wing PEO,  the three union leaders – Pambis Kyritsis for PEO, Andreas Matsas for SEK and Iosif Anastasiou for DEOK – sent the message that the strike is not an end in itself but, nonetheless, they are ready to escalate measures, if necessary.

They also said in a statement that “the strike has exposed the huge responsibility of a large portion of building contractors over the unacceptable phenomena prevailing in the construction sector, with workers being the main victims.”

The announcement also said: “The unacceptable position of the employers who have rejected the reached agreement only shows their true intention which is nothing but the perpetuation of the unacceptable situation in the construction industry. This includes mass violations of the collective agreement, and by extension of labour laws.”

In addition, Kyritsis has described the strike as an absolute success, while Matsas said it was unfortunate that workers had to resort to strike action to demand  the given. As for Anastasiou, he said exploitation and ‘piracy’ is the phenomenon prevailing in the industry today.

In the meantime, the Federation of Cyprus Building Contractors’ Associations has condemned the strike calling it both unnecessary and untimely.

“While we are in the process of renewing the collective agreement, and despite the fact that the employers’ side has proposed an increase to workers’ wages, the unions have gone ahead with strike action,” it also said. “The strike has a cost on everyone –on employees, employers and associates, as well as on the economy of the country in general.”