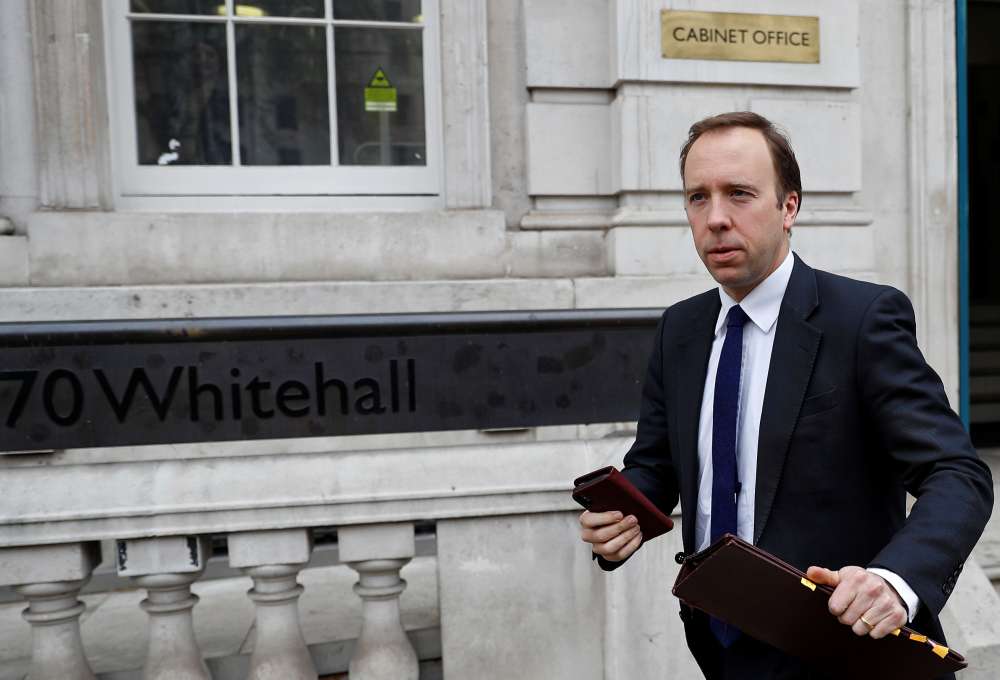 Prime Minister Theresa May’s Conservatives lost 1,332 seats on local councils that were up for re-election and Labour, which would typically aim to gain hundreds of seats in a mid-term vote, instead lost 81.

Many voters expressed frustration at May’s failure to have taken Britain out of the European Union, almost three years after the country decided to leave in a referendum.

“We need to be listening to these results from these local elections, which as I say are about ‘deliver Brexit’,” Hancock said in a BBC radio interview. “I think we need to be in the mood for compromise,” he added.

Labour has demanded guarantees on workers’ rights and a permanent customs union with the EU as a condition for supporting an EU withdrawal deal.

May’s government has opposed a customs union, preferring a looser arrangement that would allow Britain to strike its own trade deals with countries outside the EU.

Hancock suggested there could be greater willingness to compromise following the local election losses.

“(Thursday’s vote) wasn’t about ‘deliver this particular form of Brexit!’ There was no door that I knocked on and the person said: ‘I would like a slight change to paragraph 5 of this agreement in this particular way’.”

Buzzfeed News reported on Saturday that May was optimistic that she could reach a deal with Labour soon, and that behind closed doors the government had compromised on the issue of a customs union.

“In the last week government ministers and officials presented Labour with a new offer on a customs arrangement that would effectively see the UK remain in the key aspects of a customs union with the EU,” sources familiar with the talks told BuzzFeed News.

The website said one source had told it that “the offer would be tantamount to the government accepting in full Labour’s demands”.

But the sources did not know how soon a deal would be reached, and thought it possible that Labour leader Jeremy Corbyn would avoid striking a deal until after European Parliament elections due on May 23.

Asked about the report by Sky News, justice minister David Gauke did not comment on the details but said both sides would need to compromise for a deal to be reached.

“If there is some common ground that we can find I don’t think we should be dismissive about it.”

However, many Conservative eurosceptics fear that the newly launched Brexit Party of veteran anti-EU campaigner Nigel Farage, which did not contest the local polls, will cost them support in the European elections later this month.

That has encouraged some to call for the government to take a tougher stance on Brexit and demand a clean split with the EU.