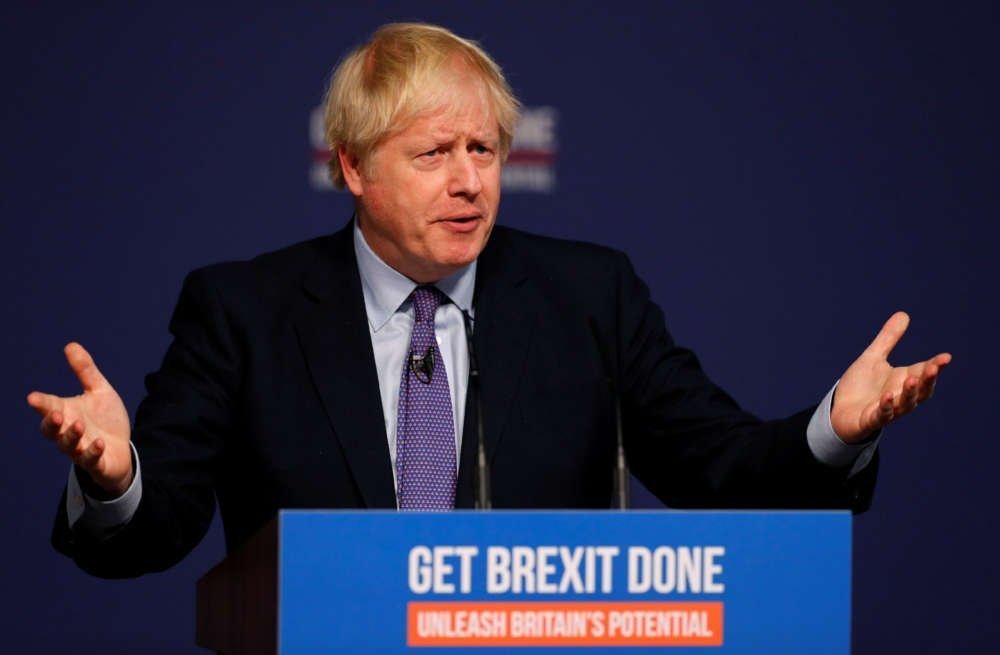 British Prime Minister Boris Johnson won a thumping election victory last week on a campaign to “get Brexit done,” but not before some wealthy donors to his Conservative Party quietly took steps to stay inside the European Union.

Cyprus government documents seen by Reuters show that Conservative Party donors have sought citizenship of the island, an EU member state, since Britain voted to leave the bloc in 2016.

They include billionaire Alan Howard, one of Britain’s best-known hedge fund managers, and Jeremy Isaacs, the former head of Lehman Brothers for Europe, the Middle East and Asia. Cyprus’ interior ministry recommended that both men’s applications be approved, the government documents show.

The Conservative Party won another term in office last week after an election campaign that was dominated by Brexit. Johnson called the election to try to gain a majority in Parliament to push through his plan to take Britain out of the EU early next year.

That some Brits who made a career out of assessing risk have applied for second passports may suggest sagging confidence in Britain’s economy after it leaves the EU. A broker who makes his living handling such passports says he’s seen a surge of enquiries from Brits looking for ways to keep their European Union citizenship.

“Brexit is the only factor driving this,” says Paul Williams, chief executive of passport brokerage La Vida Golden Visas. The right to live, work, study or set up business anywhere in Europe, says Williams, “that all changes with Brexit.”

According to Britain’s Electoral Commission, Howard donated at least £129,000 to the Conservative Party personally and through his company between 2005 and 2009. Isaacs made personal and corporate donations of at least £626,500 to the party, £50,000 of it earmarked for The In Campaign, a group lobbying to remain in the EU.

Britain voted narrowly to leave the European Union in 2016 but the details of the country’s future relationship with the bloc are still unclear. Economists have said Britain will be economically poorer under every form of Brexit, compared with staying in the EU.

Cypriot citizenship costs a minimum of 2 million euros of which at least 500,000 euros must be permanently invested. At no point in the application process is the applicant compelled to live in – or even visit – Cyprus. Cyprus is popular with people seeking a second passport because the entire investment can be in real estate, and it has low taxes.

The Cyprus government documents reviewed by Reuters also list a man named David John Rowland as having sought citizenship. The documents that name Rowland contain scant details, showing only that he applied for a Cypriot passport as part of an investor group.

Separate Cypriot company records list a UK national David John Rowland as a director of a company called Abledge Ltd, which was registered on Dec. 31, 2015. These records show Rowland’s home address to be on the British tax haven island of Guernsey – the home of the David John Rowland who is a Conservative Party donor, former Party treasurer, property developer and financial adviser to Prince Andrew. Reuters couldn’t determine Abledge Ltd’s line of business or any other information about the firm.

Electoral Commission records show that Rowland has donated at least £6.5 million to the Conservatives since 2001, £854,500 of it since the Brexit vote. Prime Minister David Cameron named him Tory treasurer and chief Conservative fundraiser after the millions of pounds he donated to the 2010 general election campaign – to protect Britain’s “liberty” and economic future, Rowland told media at the time. He quit before officially taking up the post.

Isaacs was once seen as a successor to Dick Fuld, but ended up leaving Lehman shortly before the global financial crisis. In 2015, he became a Commander of the Order of the British Empire at the Queen’s birthday honours.

Howard made billions on the 2008 financial crisis by predicting interest rate and currency moves, and profited again on the Brexit vote by accurately tracking voter sentiment, media reported.

When an emergency UK budget raised taxes on the wealthy in 2010, Howard moved to Switzerland. He has since returned to Britain. But last year the master of hedging hedged his bets against holding only British citizenship.

Another British financier who sought Cypriot citizenship is James Brocklebank, a managing partner at private equity firm Advent International. In 2016, he said that even if Brexit were ultimately a good thing, it would create “significant challenges” and cause the UK to lose out on investment. He applied for Cypriot citizenship in 2018. A spokesperson for Brocklebank declined to comment.