Conservation works to begin on two churches in September 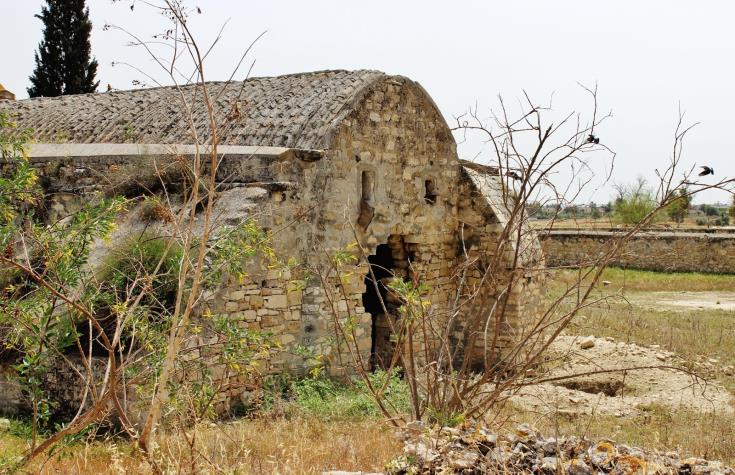 Conservation works are expected to begin in September at the Church of Panagia in Ashia village and at Agios Artemonas church in Afania village, both in the Turkish occupied part of Cyprus, Greek Cypriot Head of the bicommunal Technical Committee on Cultural Heritage Takis Hadjidemetriou has told the Cyprus News Agency (CNA).

These are old churches of great cultural importance, they are religious monuments, Hadjidemetriou stressed.

He additionally said that procurement notices will also soon be published for the implementation of the second and third phase of works at Apostle Andreas Monastery in the Karpass peninsula.

Hadjidemetriou said that contracts for the works at the Church of Panagia in Ashia village and at Agios Artemonas have already been awarded and the works are expected to begin in September.

He noted that the cost of the works, financed by the EU, is 200 thousand euros for the church of Agios Artemonas and  €270000-€280000 for the Church of Panagia in Ashia. Works are estimated to be completed between 8 – 10 months.

With regard to the second and third phase of works in Apostle Andreas Monastery, Hadjidemetriou said that they concern the Medieval chapel, the restoration of adjacent buildings and external works. We are ready for the procurement process which will last for some months, he added.

The restored Monastery of Apostle Andreas in the Turkish occupied Karpass peninsula was delivered in November 2016. The restoration of the church constituted the first phase of the overall restoration of this very important religious monument that was implemented in cooperation with UNDP and was financed by the Church of Cyprus and the  Evkaf Administration.

The restoration works started in September 2014 and involved full structural and architectural restoration of the main church as well as electrical and mechanical installations. Inside the church the existing gallery for women (gynaikonitis) was extended. The altar, the ambon, the iconostasis and 58 icons were fully restored. On the back of the church, a new North Arcade was constructed. The total cost of these works was approximately €2.23m.