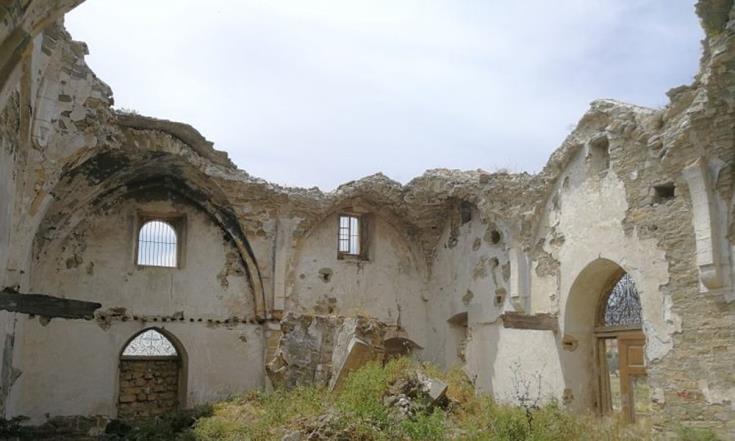 Conservation works began on Tuesday at the Saints Andronikos and Athanasia church in the occupied village of Kythrea.

Greek Cypriot co-chairman of the bicommunal Technical Committee on Cultural Heritage, Takis Hadjidemetriou, told CNA that the works will cost 270,000  euros and that they will be concluded within 2019.

He noted that the church is ready to collapse and its roof has fallen not only due to the time that passes by, but also due to poor craftsmanship. This is a big church, the central church in the village, he noted,  adding that the Greek Cypriots living in the village before the Turkish invasion of 1974 were informed today about the works undertaken in the presence of the village`s Mayor Petros Kareklas.

Moreover, Hadjidemetriou said that works will also take place in the nearby smaller church of Agia Marina.

He also noted that a visit also took place on Monday at the church of Agios Artemonas in occupied Afania village, where they also briefed its Greek Cypriots inhabitants who are now refugees, about the works which are underway there.