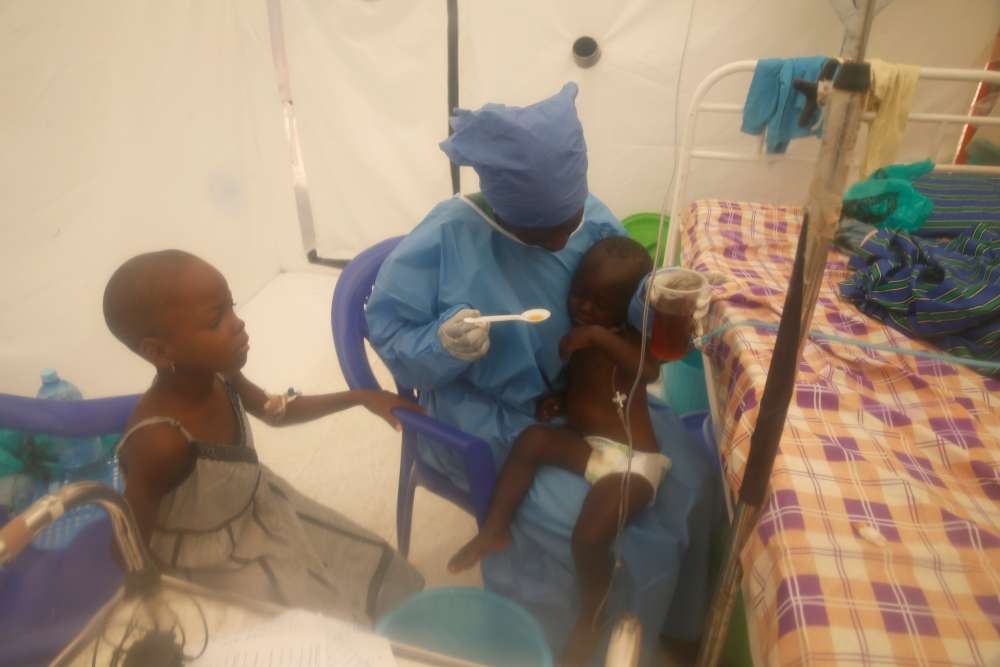 Congo’s Ebola epidemic is expected to continue spreading though the country’s east, where it has killed 1,000 since August and sparked mistrust and frequent attacks on medical centres, the World Health Organization (WHO) said on Friday.

The WHO plans to expand vaccination in that part of Democratic Republic of Congo in coming weeks once a new treatment by Johnson & Johnson is approved. It is already using another experimental vaccine made by Merck .

Michael Ryan, executive director of WHO’s Health Emergencies Programme, said vaccine supplies were plentiful, but accessing target communities to administer them and treat patients was being hampered by hostility towards medical staff.

Security incidents continued to plague efforts to halt the outbreak, with 119 documented attacks since January, he said.

As a result, “we are anticipating a scenario of continued intense transmission,” Ryan told a news briefing.

“We haven’t exceeded the 1,000 (deaths) as of this morning but we will likely exceed that today when we see the numbers later this evening… You want to use every tool in the box.”

The Merck vaccine will still be used in ‘ring vaccination’ of people exposed to the virus and their contacts, he said. But WHO was also studying use of a single dose to stretch supplies, an option experts would review on Monday.

More than 100,000 people have been vaccinated so far, and the treatment has been highly effective, WHO says.

The Johnson & Johnson vaccine would be deployed outside the rings in surrounding areas to protect people from infection, “as a way of laying down a barrier to the virus”, Ryan said.

Militiamen attacked a hospital treating Ebola patients two weeks ago, killing a senior WHO epidemiologist and wounding two others, officials said at the time.

The attacks curtail humanitarian access, slowing efforts to vaccinate more than 900 people a day as well as daily checks on some 12,000 people potentially exposed to the virus, Ryan said.

“We still face major issues of community acceptance and trust,” he said.

There was an attempted assault on an Ebola treatment facility in Butembo on Thursday, he said, adding that nobody was injured and the assailants were captured.