Concern over rise in illegal bird trapping, as 605 thousand were killed last year 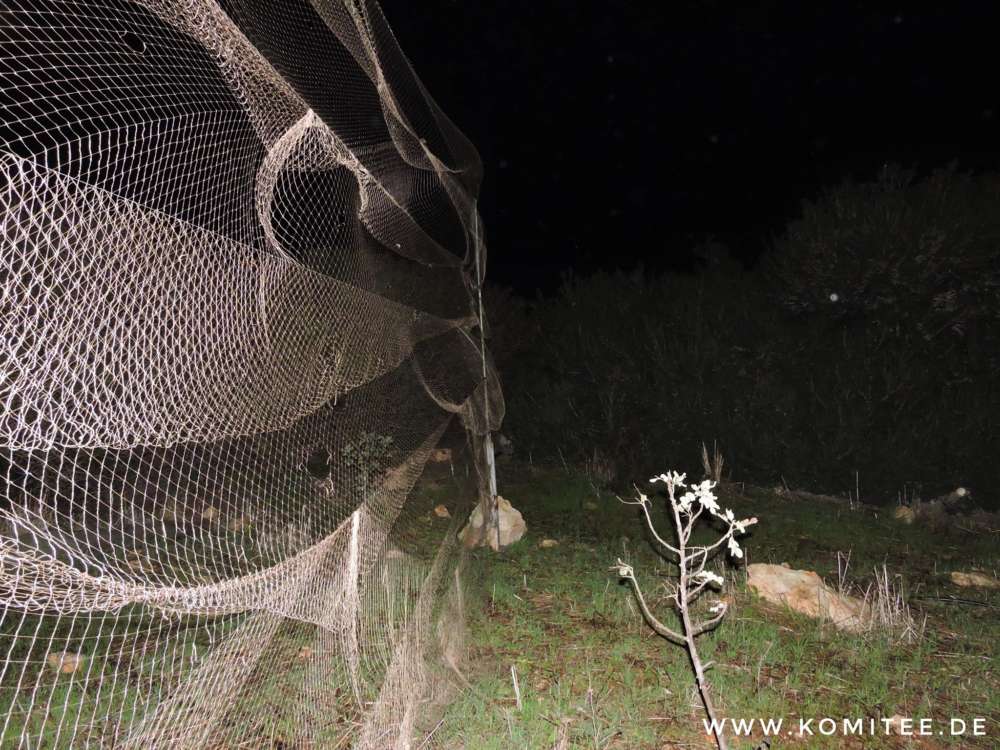 BirdLife Cyprus has recorded a significant rise in illegal net trapping throughout Cyprus, following a relevant on site investigation in the fall of 2021.

Over the past two decades, the organisation has been systematically keeping numbers on the levels of illegal bird trapping in various areas across the Republic as well as the British Bases in Dhekeleia.

‘In relation to the number of nets found, 605 thousand birds may have been trapped and illegally killed in the fall of 2021, within all the areas investigated’, BirdLife Cyprus said in a written statement. The non-profit conservation organisation says that the rising numbers emerging from the on-site discoveries in net trapping areas are directly connected with relaxations to the protection and management of wild birds legislation, such as reducing fines for the trapping with lime sticks or shooting of up to 50 birds, out of a list of 14 species belonging to the category of ambelopoulia (songbirds, sylvia atricapilla being their scientific name).

‘The fines have been reduced from 2 thousand to 200 euro and are simply not a deterrent or anywhere near the profit that someone would make from selling the illegally trapped birds’, BirdLife Cyprus notes, adding that the similarity of the 14 species included in the legislation makes it difficult to enforce the law.

According to the organisation, the birds should not be distinguished along the lines of how they were killed or the ‘value’ they might have for illegal bird trappers and poachers.

In a reprimand to Cyprus last October, the European Commission expressed deep concern over the worsening situation and called on the government to overturn the legislation relaxations, restoring fines back to 2 thousand euro.

The organisation has submitted a relevant petition to House President Annita Dimitriou, signed by 14 thousand people.

In the fall of 2021, 6.500 metres of land in the Larnaca-Famagusta and Ayios Theodoros-Maroni were laid with nets. In comparison to the previous year, net trapping increased by 100%. Bird net trapping in the British Bases area increased by 46%, the first time it has shown an upwards trend in the past four years.

Trapping levels across the Republic showed a rising trend of 132%.

(Pictured above, a white hawk (world endangered species) caught on a limestick. Photo by Yiorgos Constandinou)

‘And it’s not just ambelopoulia’ says Yiorgos Constandinou, President of the Association for the Protection of the Natural Heritage and Biodiversity of Cyprus, as ‘153 species of birds that are endemic to Cyprus, fall victim to this brutal killing method. Half of them are considered as endangered and some are considered as extremely rare’.

He says that the unjustified and illogical decision to reduce fines, will lead to a further increase of lime stick and net trapping.