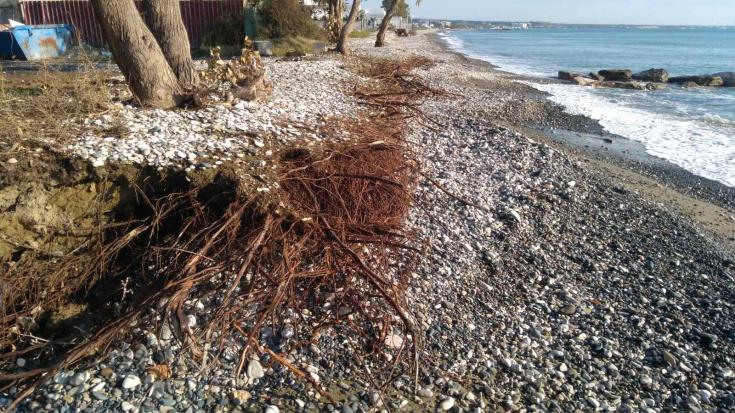 Voicing concern over increased coastal erosion at Voroklini and Pervolia, the Larnaca Tourism Board and the two community councils have asked the state to move quickly with the construction of additional wave breakers.

In a written announcement,  the district’s tourism board said that the serious coastal erosion problem both east and west of Larnaca was becoming rapidly worse. Voroklini has lost 23 metres of beach over the years, and with the recent heavy rains another two metres have been lost, the board said. Citing the Pervolia community council, it said that the level of erosion where there are no wave breakers is worrying.

“Beyond the obvious problems created for nearby hotels, houses and property, the erosion is destroying beaches, which is the primary factor that attracts visitors to Cyprus. This extremely important issue has been repeatedly raised by the Larnaca Tourism Board with the Transport Ministry without any substantial result,” the announcement said.

“Coastal protection is the duty of the state and the government must take immediate measures to implement this important project,” it added.

By In Cyprus
Previous articleTrash left behind in Troodos after weekend excursions (videos)
Next articleUkraine: “Grieving nations” to discuss legal action against Iran over airliner