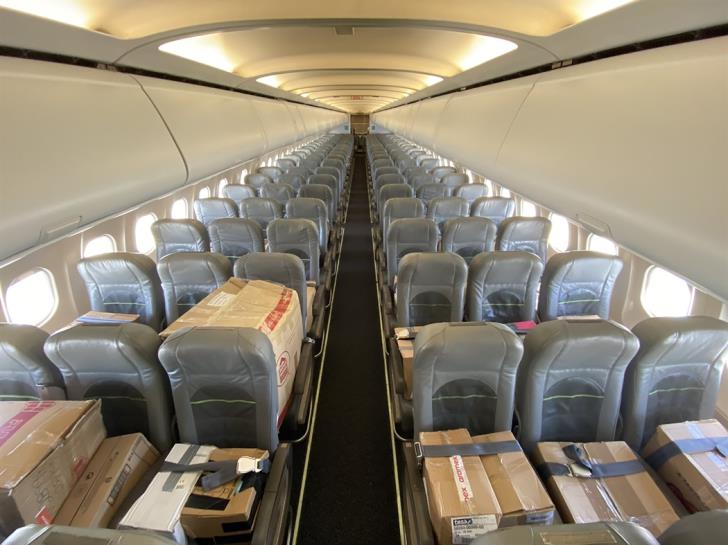 The company ARAMEX chartered a Cyprus Airways flight that departed from Larnaca airport and arrived shortly after 10:30am at Rafic Hariri airport in Beirut on Wednesday to transport food and basic necessities for the Lebanese people following the catastrophic explosion at Beirut port last week.

In a statement, CEO of ARAMEX Moustapha Kaddouh said that “the campaign to collect food, clothing and basic necessities started last Wednesday night with a post on Social Media. The Cypriot people responded to the company’s appeal and in a short period of time delivered large quantities of food and other basic necessities to the offices we hold in all the cities in the free territories of Cyprus “.

Kaddouh noted that the Cyprus Airways flight ARAMEX chartered was paid for by the company in order to transport ten tonnes of humanitarian aid to Lebanon, and in particular dry foods and other basic need items like milk and diapers for small children, sugar, oil, water, flour and spaghetti.

“During the delivery of the humanitarian aid at Rafik Hariri Airport in Beirut, there will be a representative from the Embassy of the Republic of Cyprus in Lebanon”, he added.

Kaddouh said that “the ten tonnes of humanitarian aid transported by the charter flight will be delivered to three major Non-Governmental Non-Profit Organisations operating in Lebanon. Also the flight will transport Cypriots who are in Lebanon and wish to return to the island with no cost.”

It is noted that the head of the mission for Lebanon is Moustapha Kaddouh himself so as “to be sure that the humanitarian aid will reach the right hands and go where it should. Despite the fact that the customs process for clearance of humanitarian aid is difficult, nevertheless, all the necessary steps have been taken to avoid any problems and to provide assistance to the citizens in need during these difficult times”, he stated.