Communities oppose proposal to ban boats in parts of Akamas 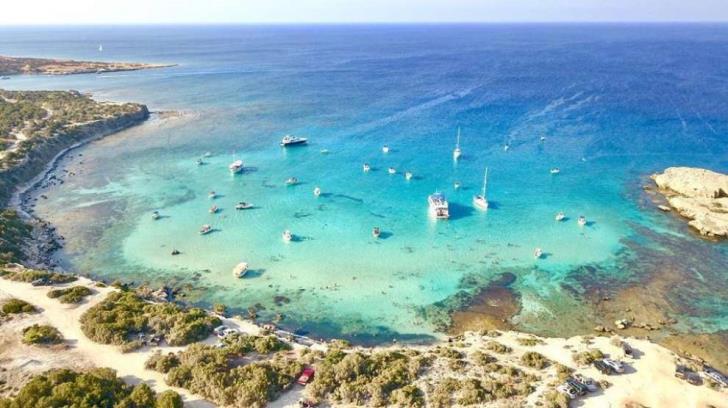 A proposal to prohibit boats and fishing from entering three small Akamas bays aims to protect swimmers Agriculture Minister Costas Kadis said on Thursday, but Akamas communities have already objected to the idea.

Speaking to the media during a visit to Paphos, Kadis said the primary aim was the safety of swimmers in the small bays as the situation is currently unregulated.

He was commenting on a report in Phileleftheros today that a draft decree sent to stakeholders for their opinion would ban fishing and boats in some of the most popular areas of the Akamas for part of the year.

The draft decree aims to set up a protected marine zone at Fontana Amorosa, Blue Lagoon and at Manolis Bay. It has been drafted by the Fisheries Department at the instructions of the Agriculture Minister and would prohibit fishing of any kind as well boats and other motor craft (eg jet skis) from April 1 to October 31, the paper reported.

Speaking to the media, Kadis said that after consultations with experts it was agreed that declaring the small bays protected from activities that may pose a danger to the public was the best option.

Move to ban boats, fishing in parts of Akamas

“With this delimitation boats that carry out short excursions from Latchi or elsewhere must drop anchor outside the little bays. The decree will regulate the movement of tourist boats at beaches where there are swimmers so as to avoid risks pending the implementation of our longer term objective which is to create an anchorage in the area so as to bring order to wider area of Chrysochous Bay,” he added.

But Akamas communities object to the proposed decree which they say is just another measure to marginalise them.

Inia community leader Yiangos Tsivikos told philenews that all activities have been prohibited on beaches in the Lara Bay area.

“Everywhere in the world, their most beautiful spots are areas they capitalise one. Only in the Akamas do we close off one beauty spot after the other, leading the communities and their inhabitants to poverty,” he said.