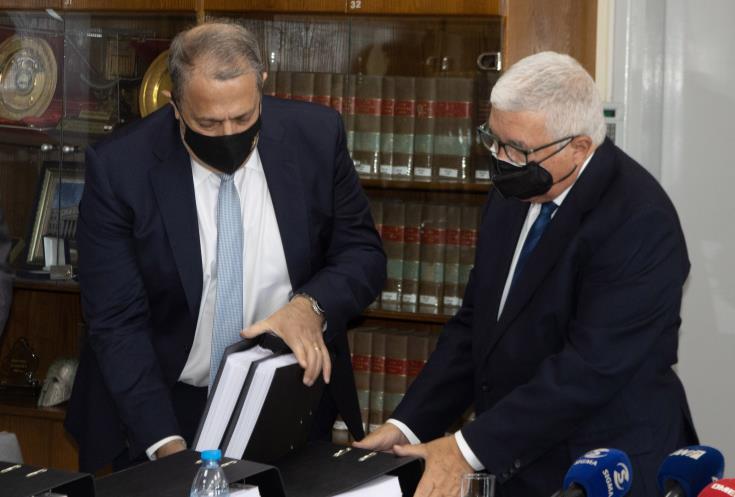 Myron Nikolatos, President of the Inquiry Committee, appointed to look into the exceptional  naturalisations granted to foreign businessmen and investors from 2007 to August 17, 2020 said on Monday that the Committee has identified possible criminal, political, and disciplinary responsibilities.

Nikolatos, who handed over to the Attorney General the Committee`s final report, said that  between 2007 until August 2020, the Committee`s position is that there were massive illegalities, ie exceeding of the relevant law by the Council of Ministers and others regarding the naturalisation of family members of investors-businesspersons and company executives- investors.

The Committee was appointed in September 2020 by Attorney General Giorgos Savvides to investigate all citizenships granted between 2007 and 2020, as part of a state scheme to attract investment.

“It is obvious that the Cyprus Investment Programme operated between 2007 and the 17th of August 2020 with gaps and deficiencies  without adequate legislative and almost no regulatory framework” Nikolatos said, who also served as
former supreme court president.

From what we have before us, he continued, there are possible political responsibilities of political persons, institutions and officials.

He added that possible criminal liabilities were also identified, mainly by applicants-investors, and entrepreneurs, as well as providers or their associates.

Meanwhile, in his statements, the Attorney General said that as in the case of the interim report, the final report submitted to him will be studied thoroughly by the Law Office of the Republic of Cyprus.

He said that afterwards, the report will be made public in the same manner as it was done with the interim report.

Savvides added that  the cases for which  the Committee proposes examination and interrogation of nationalities,  will be referred to the competent bodies of the state for study and decision-making.

The same will be done for the cases where the Committee identifies the possibility of disciplinary responsibilities, he continued.

Concluding, he assured that the Law Office will fulfill its duty to the maximum where conditions justify criminal investigations and bringing persons to justice.