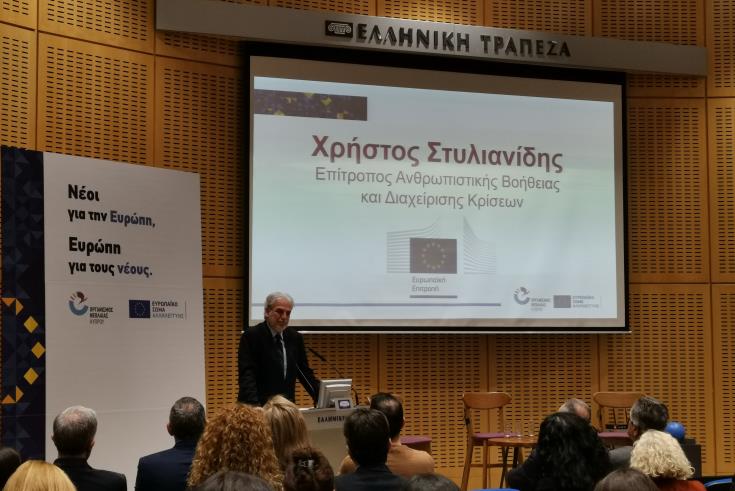 European Commissioner for Humanitarian Aid and Crisis Management Christos Stylianides urged young people to embrace the new initiative of the EU called European Solidarity Corps, as this would be the best answer to those who doubt the EU.

Stylianides was addressing the launching event of the EU Solidarity Corps in Nicosia. The event was organised by the Youth Board of Cyprus which implements the new EU initiative in Cyprus.

Under the next Multiannual Financial Framework 2021-2027, the EU Solidarity Corps will receive 1.260 billion euro. The Commission projects that the 2021-2027 programme will offer opportunities to 350.000 persons between the ages of 18 and 30 years, according to the Commissioner.

“The more we embrace it, especially the young people give the best answer to those who seek to doubt the European idea,” Stylianides stressed.