Commission VP Sefcovic: We will do what we have to do over Turkey’s continued illegal drilling 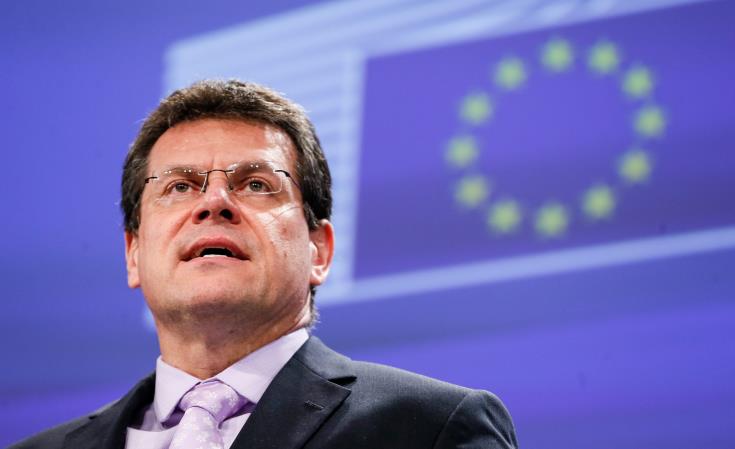 Commission VP Maros Sefcovic said on Thurdday that the European Commission will do what has to be done concerning concrete actions in light of Turkey’s continued illegal drilling activities and in full support for Cyprus.

More specifically, European Commission Vice President in his speech to the European Parliament on behalf of President Jean Claude Juncker said: “Allow me to finish with a few words on some of the other issues we discussed during the last European Council.

“Firstly, I want to reaffirm our full support for Cyprus in light of Turkey’s continued illegal drilling activities.

“President Juncker was the first one to say already back in Sibiu that “on this issue I am Cypriot”. I was delighted that at the European Council every Member State spoke in unison and said: We are all Cypriots..

“The Commission is now backing up that spirit of solidarity: we are working on concrete actions we can take. I can assure the people of Cyprus that we will do what we have to do. Europe stands in full solidarity with Cyprus.”

“I cannot mention Cyprus without once again offering my sincere condolences to the family of former President Demetris Christofias – a man who shared his love for Europe and Cyprus in the same way as we do,” he said.