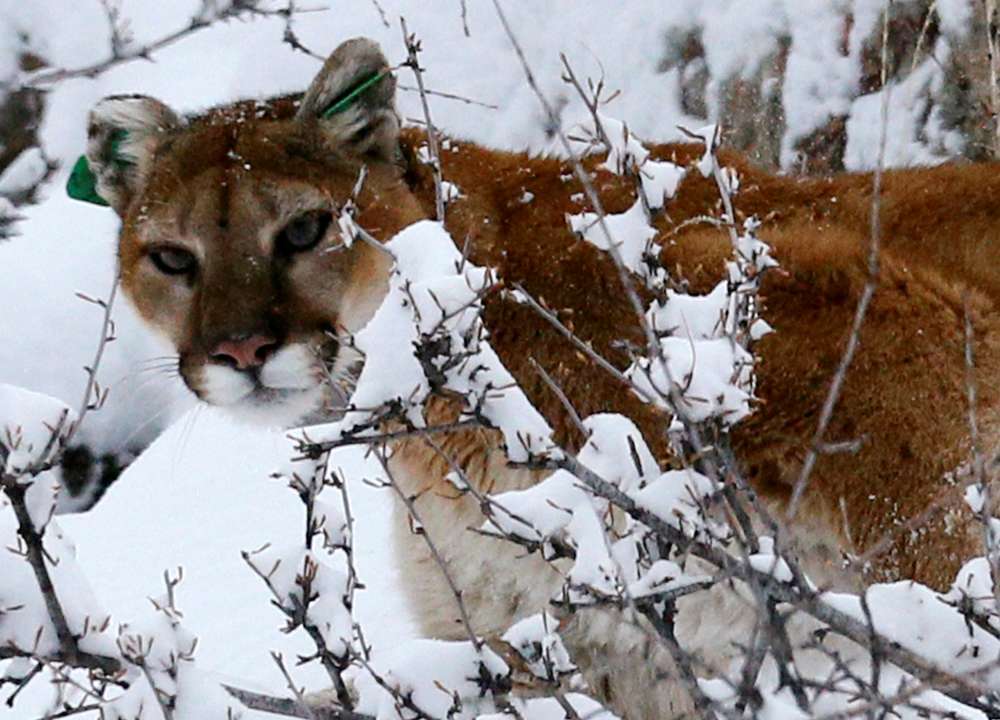 A Colorado jogger fought off a mountain lion in the foothills of Horsetooth Mountain on Monday, suffering severe bites before he killed the wild animal in self-defence, authorities said.

The man, who was not identified, was jogging on a trail on the West Ridge of the Horsetooth Mountain Open Space, a mountain park about 66 miles northwest of Denver, officials said.

A juvenile mountain lion attacked him from behind, biting and clawing the man’s face, back, legs and arms, the Colorado Parks and Wildlife and the Larimer County Department of Natural Resources said in a joint release, late on Monday.

It was not disclosed how the jogger killed the animal, and no one from the CPW or the Larimer DNR was available for comment early Tuesday.

The runner was able to get to a local hospital, officials said. His injuries were serious but not life-threatening, they said.

The animal’s body was recovered near the trail and the jogger’s dropped possessions and taken to a CPW lab for a necropsy, officials said.

“The runner did everything he could to save his life,” said Mark Leslie, CPW Northeast Regional Manager. “In the event of a lion attack, you need to do anything in your power to fight back, just as this gentleman did.”

Lion attacks have caused fewer than 20 fatalities in the United States in the past 100 years. Sixteen known attacks have occurred in Colorado since 1990, officials said.

“Mountain lion attacks are not common in Colorado and it is unfortunate that the lion’s hunting instincts were triggered by the runner,” said Ty Petersburg, area wildlife manager for the CPW in a statement. “This could have had a very different outcome.”

By In Cyprus
Previous articleKramvias: EU has the strictest standards for foodstuff
Next articleGermania airline goes bust and cancels all flights