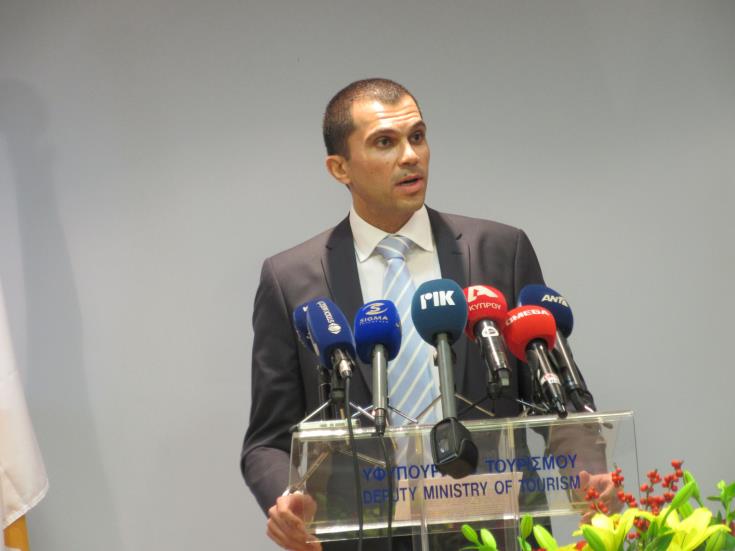 Cyprus’ tourism will not be affected by the recent collapse of British charter and scheduled airline Thomas Cook, Deputy Minister of Tourism Savvas Perdios told the House Finance Committee on Thursday.

“We have found solutions, Cyprus’ tourism won’t be affected by the recent shutdown of Manchester-based Thomas Cook Airlines,” he told committee members reviewing the deputy ministry’s budget for 2020 which is around €50 million.

“Over the past seven months the deputy ministry has been working proactively, visiting countries in Europe and the Middle East to ensure that short-term problems of this kind can be alleviated through other markets and other forms of tourism,” he added.

Perdios described this year’s tourism as “extremely successful” considering the difficulties it was confronted with. Such as the collapse of Cobalt, Air Berlin, Germania and Thomas Cook, plus Brexit’s repercussions and the opening of the Turkish, Egyptian and Tunisian markets.

“Yet, the numbers remained more or less the same as last year’s and this is a real achievement,” he said.

“Under different circumstances we would have been referring to tremendous reductions now, but the truth is that we are at the same level as last year, slightly higher on arrivals and slightly lower on revenue but nothing alarming…We have proved that tourism in Cyprus can stand against the tide,” he added.

He then referred to novelties recorded in the island’s tourism flow this year such as an increase of 25% in arrivals from Israel, and almost 30% from Ukraine.

“We expect a 20% increase from Germany this year following our agreement with Condor. So, yes, we will not be affected next year by the UK market,” Perdios also said.

As for the announcement of the National Tourism Strategy, this is scheduled for early 2020.

By Annie Charalambous
Previous articleEuropeans fear climate change more than terrorism, unemployment or migration
Next articleIndustrial production in Cyprus up over the year’s first nine months