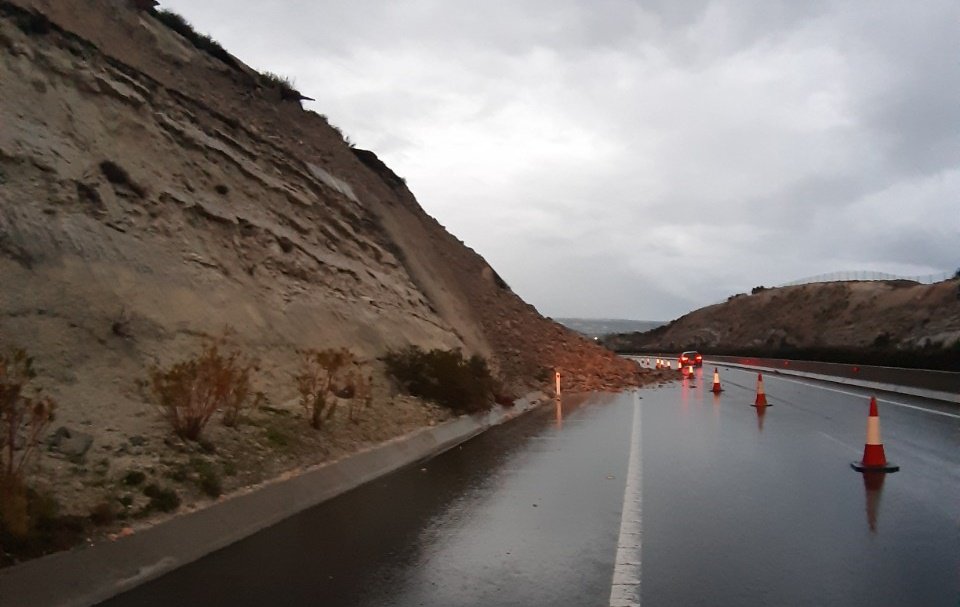 A cold air mass is affecting the area and today there will be intervals of fine weather and intervals of cloud, with scattered showers or thunderstorms clearing later in the day. Snowfall is expected in the mountains.

Problems continue on some roads and police are urging to drivers to be careful.

Temperatures will be 14 C inland, around 15 on the coasts and 3 C in the mountains,

Tonight will be mainly fine. Temperatures will fall to 3 C inland, around 5 C on the south and east coasts, around 7 C on the remaining coasts and -4 C in the mountains.

Friday will be mainly fine, while in the afternoon there will be increased local cloud cover which at night may lead to isolated showers, mainly in the south. Temperatures will rise to close to average for the time of year.

Saturday will see intervals of mainly fine weather and intervals of cloud with scattered showers and some snowfall in the higher Troodos peaks. Temperatures will remain about the same at close to average for the time of year.

Sunday will be partly cloudy and at intervals cloudy with scattered showers, isolated thunderstorms and snowfall in the higher Troodos peaks.

At the time of issue of the early morning weather bulletin there was 53 com of snow in the mountains.

Police warned that some roads are closed, others are slippery because of the weather and access to Troodos requires special care.

Limassol district
The Pedoulas-Prodromos road is open only to vehicles with four wheel drive or cars equipped with snow chains.

Police are urging drivers to be careful, to drive slowly and adhere to the traffic code.

By In Cyprus
Previous articleCohen accuses Trump over WikiLeaks, calls him ‘racist’ and ‘conman’
Next articleTo Moscow…with love for economic cooperation