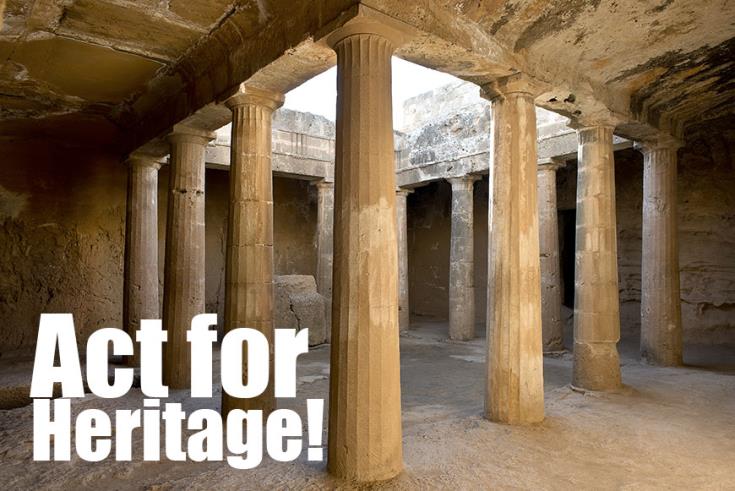 A conference to promote the Council of Europe convention on Offences related to cultural property within governments and civil society will take place in Nicosia from October 24-26 .

The opening ceremony will take place tonight (24/10) at the Presidential Palace, under the auspices of President  Nicos Anastasiades, a Foreign Ministry statement said.

The conference will open Friday morning with welcoming addresses by the Minister of Foreign Affairs  Nicos Christodoulides and the Deputy Secretary-General of the Council of Europe Gabriella Battaini-Dragoni.

Participants will discuss, inter alia, effective ways to promote the universality of the Nicosia Convention and will consider possible synergies with other conventions under international law. They will also exchange views on the role of civil society, businesses and government authorities in combating cultural property offences, as well as ways to raise public awareness through the media and education.

The Council of Europe Convention on Offences relating to Cultural Property, also known as the “Nicosia Convention”, was adopted during the Cyprus Chairmanship of the Council of Europe’s Committee of Ministers in 2017. It has so far been ratified by the Republic of Cyprus and Mexico and has been signed by 10 other States. The Convention aims at preventing the destruction of cultural heritage and combating the illicit trafficking of cultural property and, the criminalization of related offencses, which are areas of particular concern for Cyprus.

By In Cyprus
Previous articleChristoudia Winery
Next articleByblos Lebanese Restaurant