CNN – Trump: “I never had a beer in my life. It’s one of my only good traits” 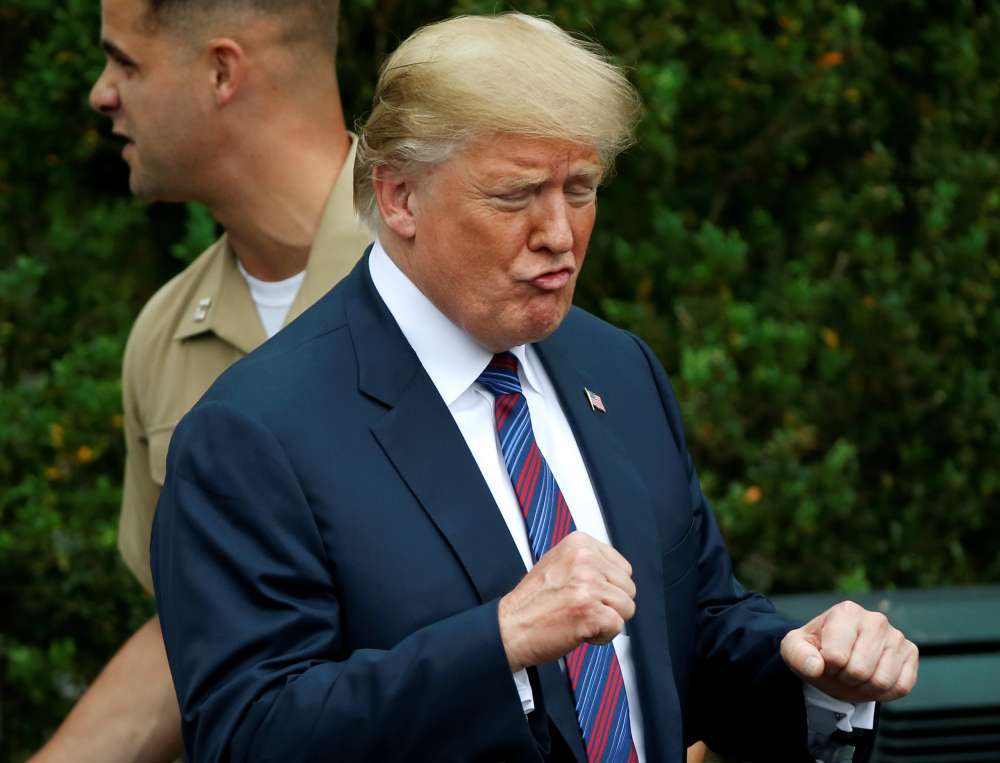 After Brett Kavanaugh’s repeated declarations of “I like beer” during congressional hearings last week, President Donald Trump acknowledged on Monday it’s a trait he doesn’t share with his Supreme Court nominee, CNN reported.

“I’m not a drinker. I can honestly say I never had a beer in my life. It’s one of my only good traits,” he said to laughter in the Rose Garden, responding to a question from CNN’s Kaitlan Collins.

“I never had a glass of alcohol. I never had alcohol, for whatever reason,” he added. “Can you imagine if I had? What a mess I would be. I would be the world’s worst. I never drank, OK?”

Collins had asked if Trump would have concerns about Kavanaugh if he lied about his drinking habits in testimony before the Senate.

“I watched him. I was surprised at how vocal he was about he fact that he likes beer … This is not a man that said that he was perfect with respect to alcohol,” Trump said.

About a year ago, Trump opened up about the struggle his older brother, Fred Trump Jr., had with alcohol, during an anti-drug event.

Fred Trump Jr. struggled with alcoholism for much of his life and died in 1981 at age 43.

“I had a brother, Fred. Great guy, best-looking guy, best personality, much better than mine,” Trump said at the time. “But he had a problem. He had a problem with alcohol, and he would tell me, ‘Don’t drink. Don’t drink.’ He was substantially older, and I listened to him and I respected (him).”

Ever since his brother’s warning, Trump said, he has abstained from drinking and smoking because he had “somebody that guided me” in that aspect of life.

“I learned because of Fred,” Trump said. “I learned.”