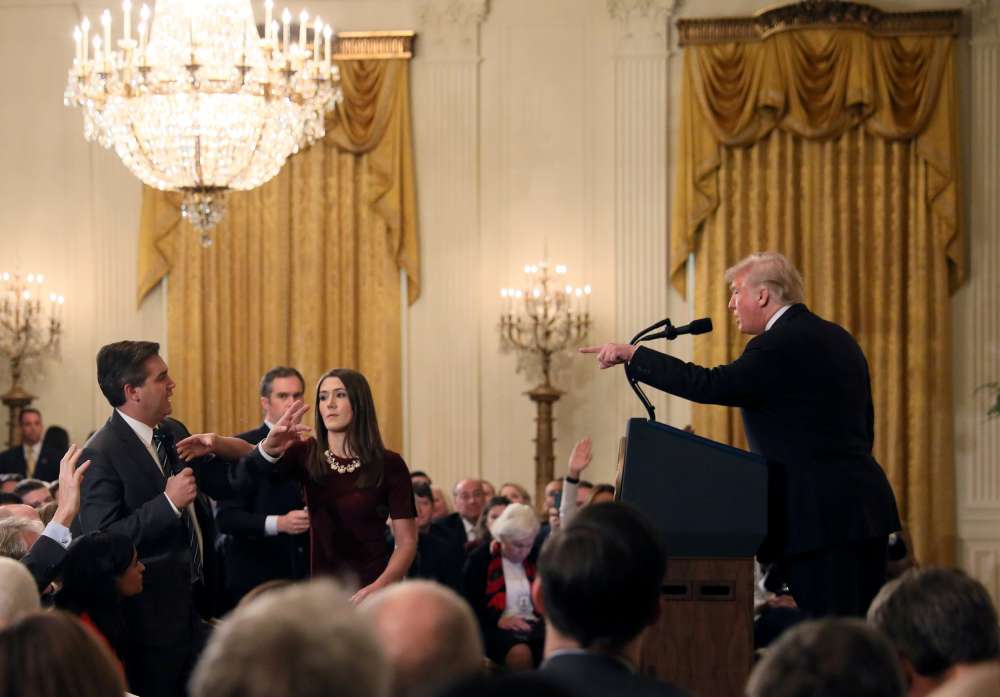 CNN filed a lawsuit on Tuesday against the Trump administration over the revocation of press credentials for White House correspondent Jim Acosta, whose questions and reporting have been a frequent target of criticism by President Donald Trump.

“We have asked this court for an immediate restraining order requiring the pass be returned to Jim, and will seek permanent relief as part of this process,” CNN said in a statement.

The Republican president has steadily intensified his criticism of the media, with CNN remaining a major target.

Trump erupted into anger last week during a news conference when Acosta questioned him about the so-called migrant caravan traveling through Mexico and about an ongoing investigation into Russian meddling in the 2016 presidential election.

“That’s enough, that’s enough,” Trump said on Wednesday, as a White House intern attempted to take the microphone off Acosta. “You are a rude, terrible person.”

The White House suspended his credentials later that day, with press secretary Sarah Sanders accusing Acosta of putting his hands on the intern who was trying to take the microphone from him. She called his behavior “absolutely unacceptable.”

Video of the encounter showed Acosta pulling back as the intern moved to take the microphone. He called the White House accusations a lie.

“While the suit is specific to CNN and Acosta, this could have happened to anyone,” CNN said. “If left unchallenged, the actions of the White House would create a dangerous chilling effect for any journalist who covers our elected officials.”