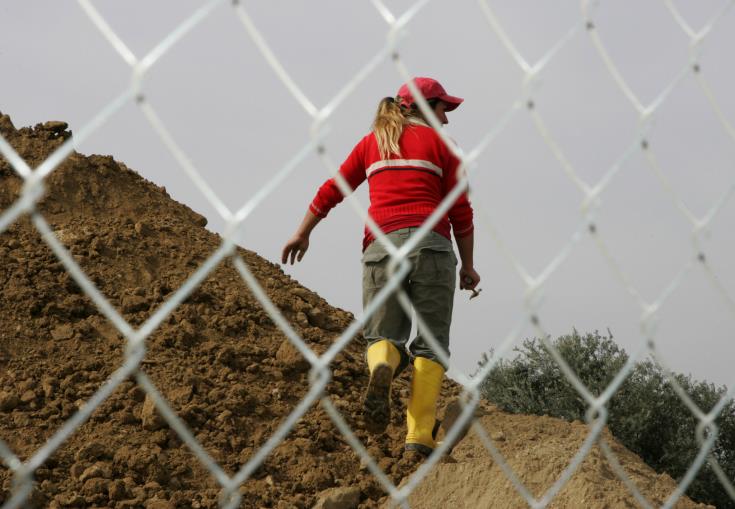 The Committee on Missing Persons (CMP) was refused permission to excavate in at least 20 possible burial locations in civilian areas, in the occupied part of Cyprus, according to a memorandum on missing persons by the Republic of Cyprus. Nicosia says this comes on top of existing obstacles in military areas in Turkish-occupied Cyprus, where CMP’s “unhindered access continues to be withheld.”

Cyprus’ memorandum to the Council of Europe, ahead of the next session of the Committee of Ministers, on March 12-14, in Strasbourg, notes that “the problems relating to access to burial locations are not limited to military zones.”

“In addition to the fact that the CMP cannot excavate at its discretion in military zones, until June 2018, there were at least 16 possible burial locations in civilian areas in the occupied part of Cyprus where the CMP had tried to excavate but where it was refused permission to do so on the basis that the landowner did not give his/her consent” it is noted. According to the memorandum, these areas are located in Argyta, Peristeronopigi, Karavas, Epicho, Kythrea, Kioneli, 5 cases in Famagusta, Galateia, Neo Chorio, Lapithos, Kazafani and Kyrenia.

It is added that “another four cases which were reported as of June 2018 to date, relate to access to sites in Mia Milia, Exo Metochi, and 2 cases in Lapithos.”

The fact that there is an increasing number of individuals in the occupied areas who refuse to allow the CMP to excavate in locations where burial locations are reported to exist, further obstructs the work of the CMP, Nicosia says.

It also notes that “this problem is further exasperated by the fact that no effective mechanism has been put in place in the occupied areas, which could allow the CMP to excavate in civilian areas at its own discretion, against the wishes of the landowner.”

Concerning access to military zones, Cyprus says that despite repeated calls by the Deputies, Turkey  has failed to unconditionally  provide immediate and  unhindered  access to all military zones in the  Turkish-occupied areas.

“Turkey’s piecemeal approach to permitting access to military zones, which are closely and unduly monitored by representatives of Turkish troops, continues to be a struggle for the CMP and a significant hindrance to its work” Nicosia adds.

In the memorandum, the Republic of Cyprus reiterates moreover that it still remains vital for Turkey to provide information on burial locations, contained in its military archives.

Ahead of the Committee of Ministers meeting, the Republic of Cyprus requests that member states call upon Turkey to provide immediate and unhindered access to all military zones and to provide full information from reports and military archives in its possession containing information on burial sites.

Nicosia also requests that Ankara takes concrete measures to avert any future relocation of remains and disturbance of burial sites and asks member states to request that Turkey immediately pays   with interest the amounts awarded in 2014 by the European Court of Human Rights to missing persons’ relatives and enclaved persons.