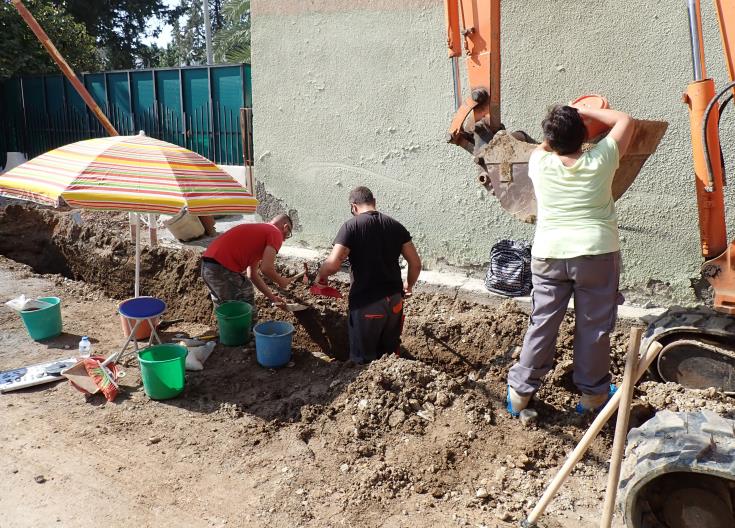 Excavations by the Committee on Missing Persons (CMP) are ongoing near the Tekke Bahcesi, in the Turkish-occupied part of the old city of Nicosia, with excavation teams having so far recovered the remains of three people, believed to belong to Greek Cypriots who went missing in 1964. CMP is searching for a total of five missing persons in this area.

According to information by the CMP, excavations, which started last October, continue, but face various difficulties due to the area’s urban development. Most of the work is done by hand and the remains recovered so far seem to belong to three people.

After excavations are completed, the CMP is expected to restore roads and pavements in the area that had to be dismantled to facilitate the search.

Throughout Cyprus, a total of eight teams of the Committee of Missing Persons are conducting excavations, seven of them in the Turkish-occupied areas and one in the government-controlled areas of the Republic of Cyprus.

In particular, excavations in Lapithos, in the Turkish-occupied Kyrenia District, are ongoing since February and have revealed the remains of two Greek Cypriots from 1974 so far. Only small fragments of bones are being recovered.

Another team is searching for 5-6 Greek Cypriot missing persons form 1974 in Karavas, also in the Kyrenia District, without any success so far.

A recent excavation started in St. Hilarion, in an area designated as military zone, in search of Greek Cypriots whose fate remains unknown since 1974.

The CMP is also following a tip for one Greek Cypriot in another military zone in Ayia, near Asha, in the Turkish-occupied part of the Nicosia District. Apart from ongoing excavations in the Tekke, two more excavation teams are working in Trahonas, in the same District.

One CMP team is searching for a Turkish Cypriot from 1964 in Dali, in the government-controlled areas of the Republic.