CMP recovers remains belonging to a Greek Cypriot in Sinda 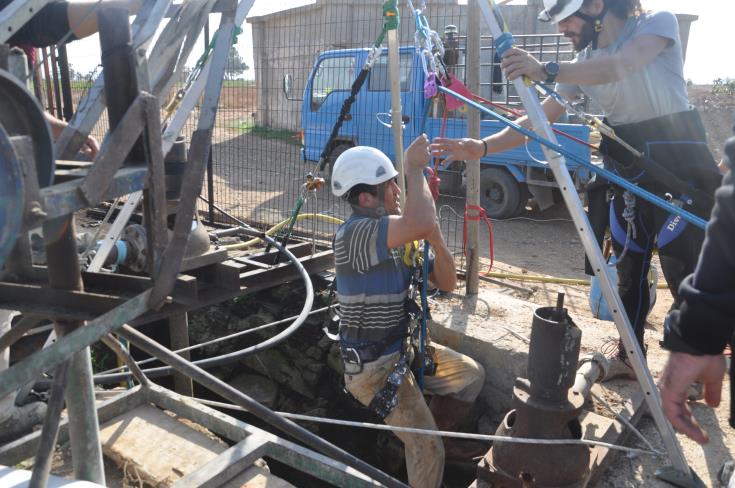 A bi-communal excavation team of the Committee on Missing Persons in Cyprus (CMP) recovered on Tuesday the remains of a Greek Cypriot from a well in Sinda, a village in the Turkish-occupied part of Cyprus.

Nestoras Nestoros, the Greek Cypriot member of CMP told CNA that this is the first discovery in months of remains belonging to a Greek Cypriot missing person. Recently, the CMP discovered the remains of a Turkish Cypriot in Agios Ermolaos.

According to Nestoros, excavation works in Sinda will finish soon. He said that CMP excavated the area after receiving information concerning one individual. The family of the missing person believed to have been found played a very supportive role, he added.

The excavation team encountered several difficulties in its effort to access to the well. The team had to drain the well first, and then employed a company of experts in order to approach the excavation site with safety, Nestoros explained.

He expressed hope that more discoveries will follow, and noted that excavations continue in Strovolos, Voni, Kioneli and Dikomo.

According to a CMP announcement, the well in Sinda posed serious safety risks as no authorization was received by the landowner to open up an access ramp. “CMP archaeologists had to find specialists who could descend into this unstable and deep well with the proper equipment and expertise,” it is added.

The CMP extends finally its warmest sympathy to the families of the missing persons and make a plea, once again, to the people of the island to support the Committee’s efforts by calling and providing information on possible burial sites.