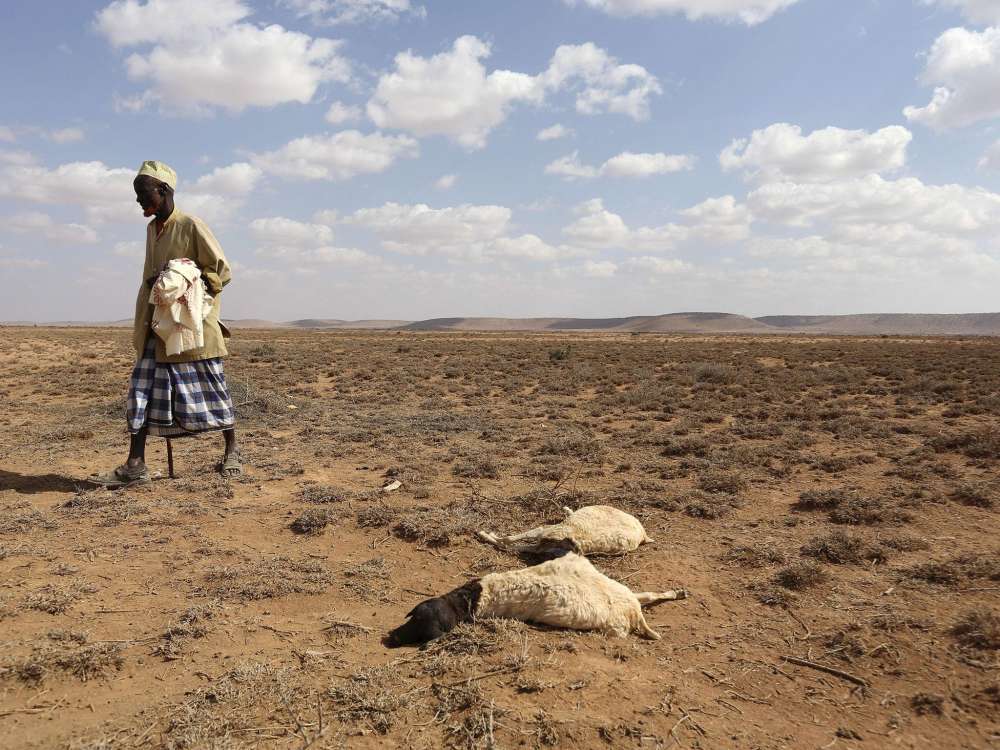 Scientists have long predicted that warmer temperatures caused by climate change will have the biggest impact on the world’s poorest, most vulnerable people. New research now indicates that’s already happened over the last several decades.

A study published Monday in the Proceedings of the National Academy of Science found that in most poor countries, higher temperatures are more than 90% likely to have resulted in decreased economic output, compared to a world without global warming. Meanwhile, the effect has been less dramatic in wealthier nations—with some even potentially benefiting from higher temperatures.

“We’re not arguing that global warming created inequality,” says Noah S. Diffenbaugh, the author of the study and a professor at Stanford University who studies climate change. But “global warming has put a drag on improvement.” The countries most likely to have lost out economically as a result of warmer temperatures have done the least to contribute to the problem, he adds.

The new study builds on past research. A 2015 study in the journal Natureprojected that the average income in the poorest countries will decline 75% by 2100 compared to a world without warming, while some of the richest countries could experience gains in income. And a landmark report released last fall from the Intergovernmental Panel on Climate Change (IPCC), the UN’s climate science body, showed that if global temperatures rise more than 1.5°C by the end of the century, poor countries will likely face critical challenges, including the destruction of entire communities and millions of premature deaths.

“They will suffer the most, they will suffer disproportionately, as they are already,” said Mary Robinson, a former U.N. Special Envoy on Climate Change and a previous president of Ireland, told TIME after the launch of the IPCC report.

Even before any of that research was published, climate policymakers have tried to address the problem of the poorest countries facing the worst effects of rising temperatures—for which they are least responsible. Early attempts at addressing global warming on the international stage included different expectations for emissions reduction based on each country’s level of development. Poorest countries received more leeway while the richest bore extra responsibility.

But in some ways, that approach backfired in the U.S., and by extension the rest of the world, as it helped feed the popular conservative narrative that Washington is overpaying for climate change mitigation, while poorer countries are getting away with doing less. That Republican talking point has had real effects. Hardline distinctions between requirements for rich and poor countries have been softened in recent years, in favor of a lighter version of what climate change policymakers refer to as “common but differentiated responsibilities.”

That principle, embedded in climate agreements dating back to 1992, including the landmark Paris Agreement, suggests that richer countries should bear a greater burden in addressing climate change, but remains vague about what that means for concrete policy.

Many of the world’s developing countries have called foul. “This problem is created somewhere else,” Abdur Rouf Talukder, Bangladesh’s Finance Secretary, told TIME earlier this month. “We are spending more on adaptation because we have to live.”

Bangladesh’s GDP per capita was 12% lower due to global warming than it would have been otherwise in the two decades preceding 2010, according to the study published Monday. The effect is more dramatic elsewhere, particularly in sub-Saharan African countries including Sudan, Burkina Faso and Niger, where climate change has driven GDP per capita more than 20% lower that it would have been absent climate change.

Higher temperatures affect economic output in a variety of ways. For example, labor productivity decreases with extreme heat, crops produce lower yields and cognitive functioning declines. “There are a number of pathways by which temperature affects building blocks of economic activity,” says Diffenbaugh. What’s clear is that, for poor countries, the news is all bad.