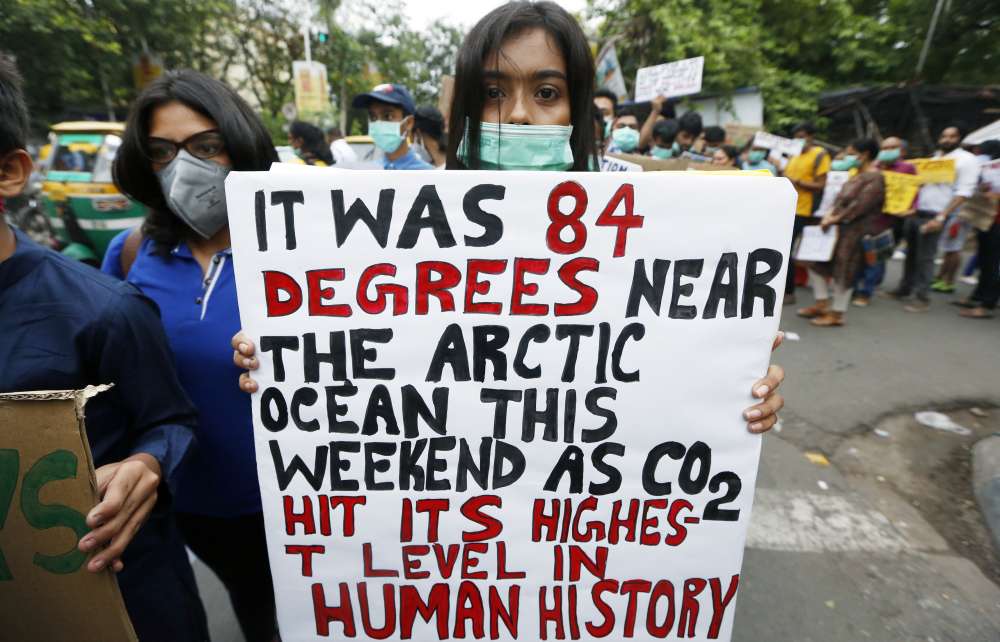 Climate change poses a threat to peace in countries around the world in the coming decade, according to an annual peace index released on Wednesday that factored in the risk from global warming for the first time.

Nearly a billion people live in areas at high risk from global warming and about 40% of them are in countries already struggling with conflict, said the Australia-based Institute for Economics and Peace (IEP).

Climate change causes conflict due to competition over diminishing resources and may also threaten livelihoods and force mass migration, it said.

“Going forward, climate change is going to be a substantial problem,” Steve Killelea, executive chairman of the IEP, told the Thomson Reuters Foundation.

“We can actually get a much better idea of which countries are most at risk, what are the types of risk and what would be the level of impact before it leads to a break or an implosion within the country.”

In 2019, the world became very slightly more peaceful for the first time in five years, said the IEP, which used data from groups including think tanks, research institutes, governments and universities to compile the index.

However, it remains significantly less peaceful than 10 years ago due to factors including conflicts in the Middle East, a rise in terrorism, and increasing numbers of refugees.

The index assigns each country a score between one and five, where one is the most peaceful and five is the least, based on 23 indicators ranging from homicide levels to weapons imports.

The effects of climate change can create a “tipping point”, exacerbating tensions until a breaking point is reached, particularly in countries that are already struggling, said Killelea.

“Unless we have a world which is basically peaceful, it will be impossible to get the levels of trust and cooperation necessary to solve these problems,” he said.

Experts at global research organisation the World Resources Institute praised the inclusion of climate change as a factor in conflict risk.

“We know that environmental degradation and water stress can lead to hunger, famine and displacement, and combined with economic and political instability, can lead to migration and conflict,” said Manish Bapna, managing director of the WRI.

“The fact that climate change is now part of the Global Peace Index underscores how multi-faceted this threat is and how quickly we need to act.”