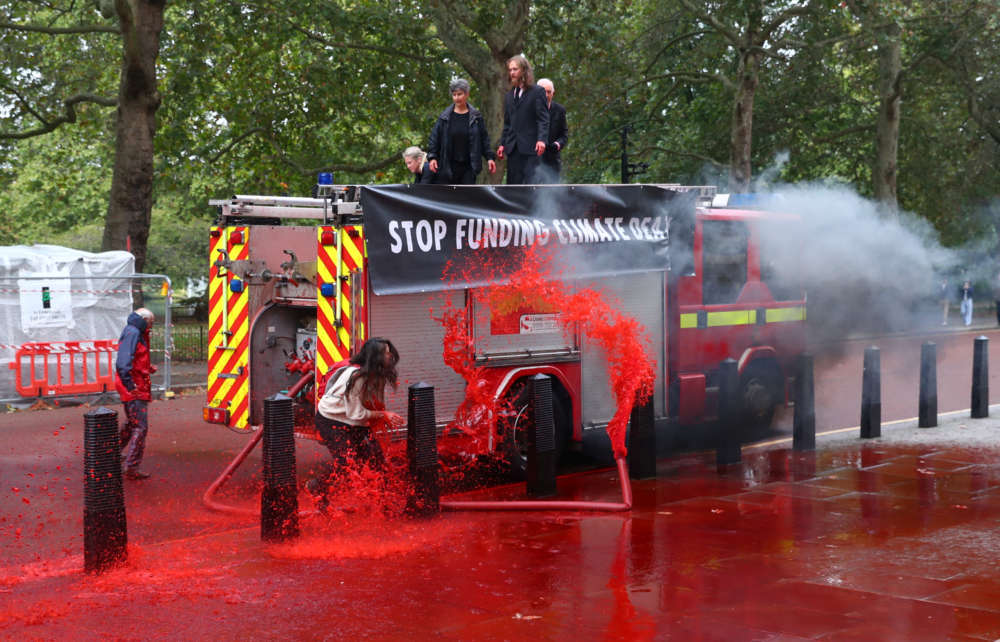 Climate change activists used a fire engine to spray red paint at the facade of the British finance ministry on Thursday, a Reuters reporter said.

The activists drove up to the British Treasury in a fire engine and sprayed red paint through the hose onto the building, though at one point they lost control of the hose.

After the stunt, four activists in stood atop the fire engine which had a banner saying “Stop funding climate death.” The steps of the Treasury were soaked in red paint.