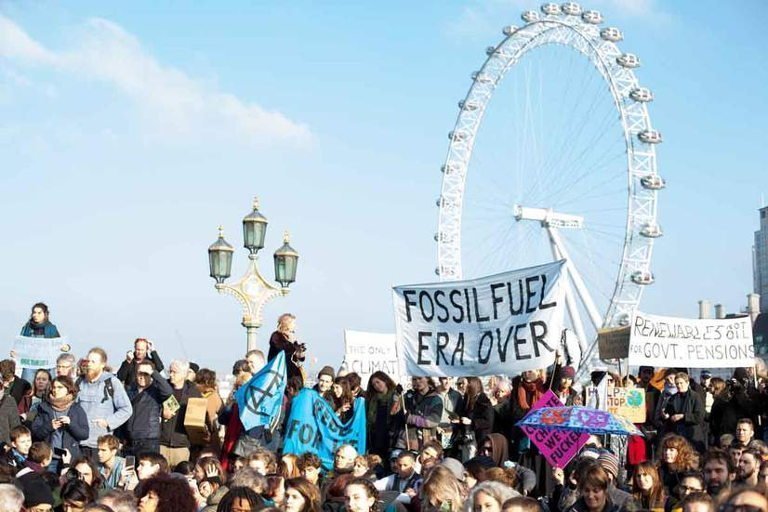 Environment activists glued themselves to a British government building on Wednesday, warning that public health was being endangered by climate and ecological breakdown.

“Climate and ecological breakdown poses one of the greatest threats to public health the world has ever faced,” said Chris Newman, a doctor who glued himself to the Department for Business, Energy and Industrial Strategy.

“Non-violent peaceful protests like today are essential public health interventions for getting the government to take immediate action,” Newman said.

Extinction Rebellion activists disrupted London with 11 days of protests in April that it cast as the biggest act of civil disobedience in recent British history. Iconic locations were blocked, the Shell petroleum building defaced, trains stopped and Goldman Sachs targeted.