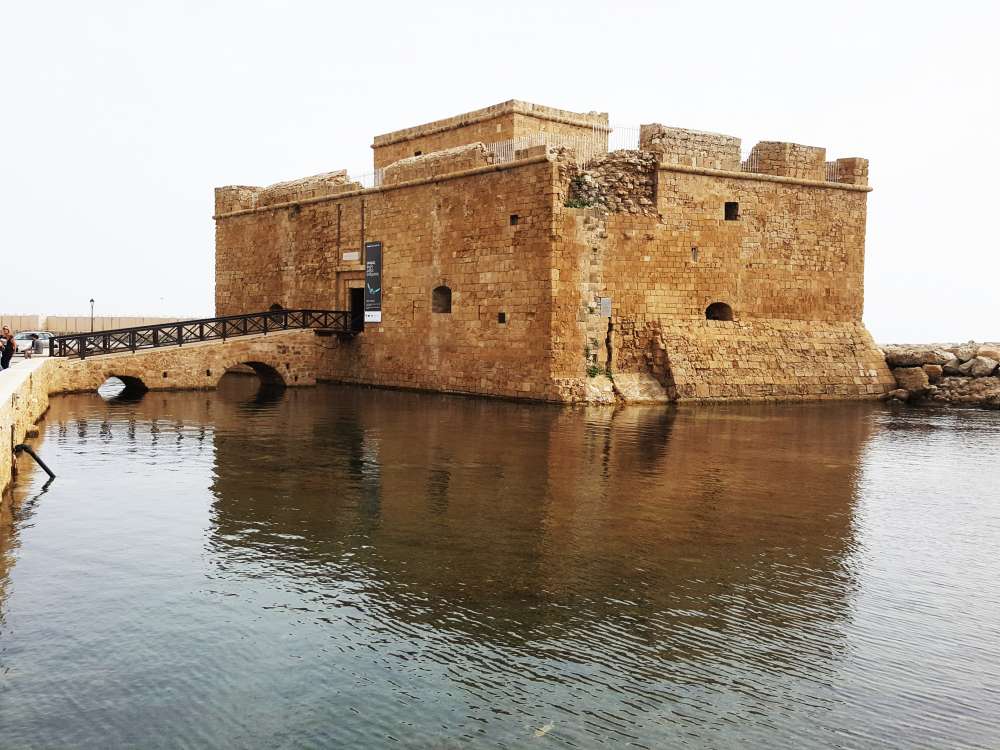 Paphos Region
Beautiful countryside, a cosmopolitan resort, historic sights as well as sporting activities, the Pafos region has something for everyone at any time of year.

Pafos, with its pleasant harbour and medieval fort, combines a cosmopolitan holiday resort, spectacular countryside and historical sites. The region offers the possibility of enjoying both sea and mountains, as well as getting a taste of the island’s culture with its many archaeological sites.
Feel the romance in the air in the land where Aphrodite, the ancient Greek goddess of love and beauty, once roamed. Swim in the sea by the rocks known as Petra tou Romiou, where she was believed to have risen from the waves, make a pilgrimage to her sanctuary at Kouklia, or visit the grotto near Polis where she was supposed to have bathed. The Pafos region is the perfect place to celebrate a wedding or go for your honeymoon.

Pafos: A Good Reason For All Seasons
Pafos is located on the southwest coast of the island and is sheltered from the north by the Troodos mountains. It has a temperate climate, one of the healthiest in the whole Mediterranean.
In the Pafos region of Cyprus you can bask in sunshine all the year round and feel the warmth of a welcoming people with a reputation for hospitality. Splash about in the sparkling warm waters of the Mediterranean in the summer; marvel at the splendours of nature as the fields are carpeted in wild flowers in the spring; explore ancient sites in perfect temperatures in the autumn; and in the mild winter keep fit with a round or two of golf or an invigorating game of tennis.

Four municipalities administer the region, each with its own special attraction for you to discover – the municipalities of Pafos town, Geroskipou, Pegeia and Polis tis Chrysochous. 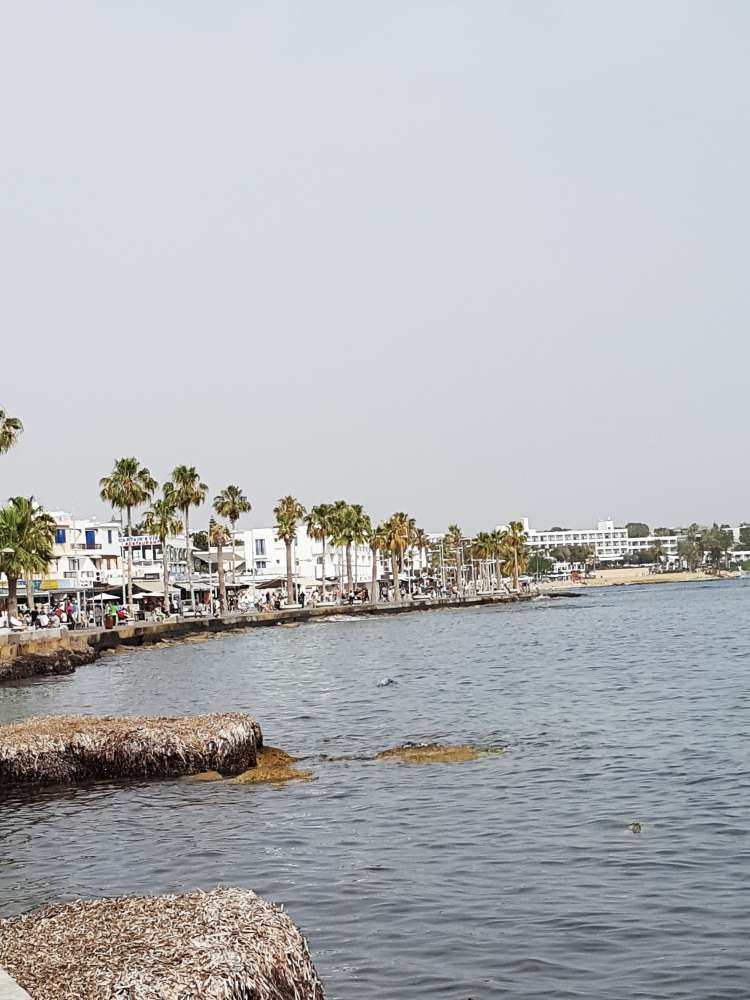 Pafos town: A cosmopolitan resort
Pafos town offers a wide selection of accommodation ranging from luxury beachside hotels with every amenity, such as business centres, salt-water pools, exotic gardens and health spas, to a variety of hotel apartments for the budget-conscious. Relish mouthwatering delicacies at the numerous restaurants serving both local and international cuisine and offering exceptional value.

Living the good life – in Pafos town you can eat good food, drink fine wine and dance the night away.

Enjoy classical opera under the stars in the romantic setting of the medieval castle overlooking Pafos harbour during the numerous summer festivals. Or jive to the latest dance tunes at a plethora of entertainment spots, part of the modern town’s varied nightlife. 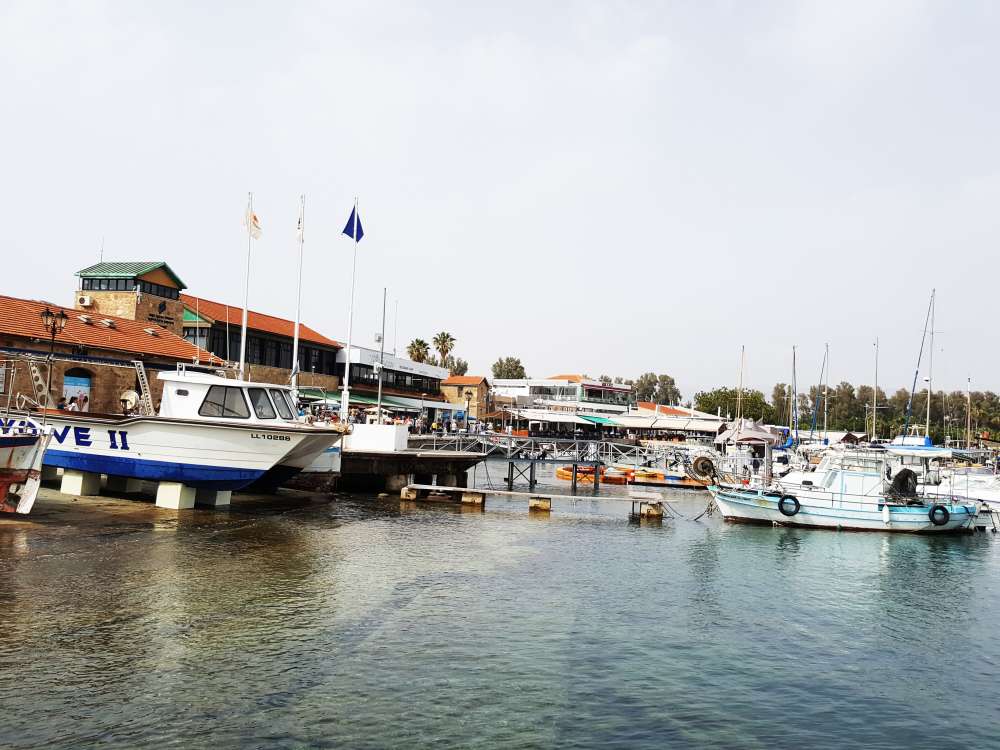 Geroskipou: The Sacred Garden
Not far from the mythological birthplace of Aphrodite, lies the Municipality of Geroskipou. The name comes from the ancient “Hieros Kipos”, or Sacred Garden, dedicated to the goddess. Live the legend of the goddess at the hilltop spot where her temple once stood, one of the most celebrated places in the ancient Greek world for its association with the cult of Aphrodite.

Let the past come to life in the land where Aphrodite once roamed and ancient pilgrims came from far and wide to worship her.

Browse the many roadside stalls selling handicrafts such as basketry and pottery for which Geroskipou is known nowadays and visit the Folk Art Museum for a striking representation of traditional Cypriot life.

Pegeia: Byzantine Marvels
Pegeia, perched on a hillside overlooking the sea, is known for the fountains in its picturesque village square, a beautiful construction with typical arches, where women used to meet in days gone by in order to wash their clothes and fetch water. The village itself is renowned for its spectacular views, while the coastline below has one of the best sandy beaches of the Pafos region at Coral Bay, which each year is awarded with a Blue Flag for its bathing water quality.

Perched on a hillside overlooking the sea, Pegeia’s cultural treasures will stimulate the mind.

If you love culture and history, stop off at the church of Agios Georgios and admire some superb examples of Byzantine art in the form of a 6th century basilica complex with extensive panels of geometric and animal floor mosaics, rare in Christian iconography. Or visit Maa-Paleokastro, the site, on a peninsula near Coral Bay, where the Mycenaean Greeks first landed in Cyprus in the Bronze Age.

Polis: Nature at its Best
Experience the meaning of real relaxation in the Polis tis Chrysochous area, the least developed coastline of Cyprus. The Akamas National Park will appeal to nature lovers or those in search of peace and quiet. It is an area of exceptional beauty with rocky promontories, sandy coves and “The Baths of Aphrodite”. This is where, according to mythology, the goddess Aphrodite frolicked with her lovers, bathing in a fresh-water grotto shaded by a wild fig tree.

Indulge in a peaceful rural life in harmony with nature in a region that is one of the best kept secrets of the Mediterranean.

Visit one of the last Mediterranean nesting grounds for the green loggerhead turtles, whose numbers have greatly been increased thanks to a successful conservation project on the sandy beaches of Lara. Follow one of the many beautiful nature trails and spot rare endemic plants, like the Cyprus orchid, tulip and crocus that grow there, or watch migrating birds fly by overhead.