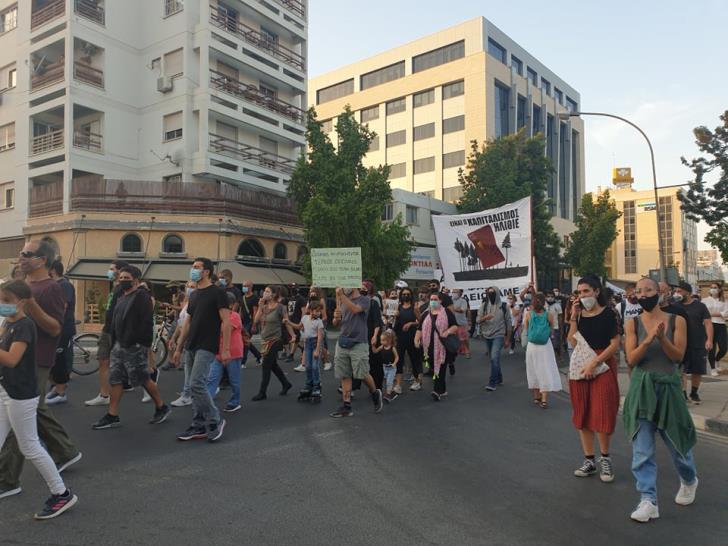 A protest march against corruption but also against the division of Cyprus took place today. Hundreds of citizens but also organized groups participated in the march. In their announcement inviting people to participate, the organizers said: “This is Cyprus…Golden passports, money laundering, looting of the environment and of the social wealth. This is Cyprus. Consolidation of division, increase of nationalism, contempt of the Turkish Cypriot community. This is Cyprus.”