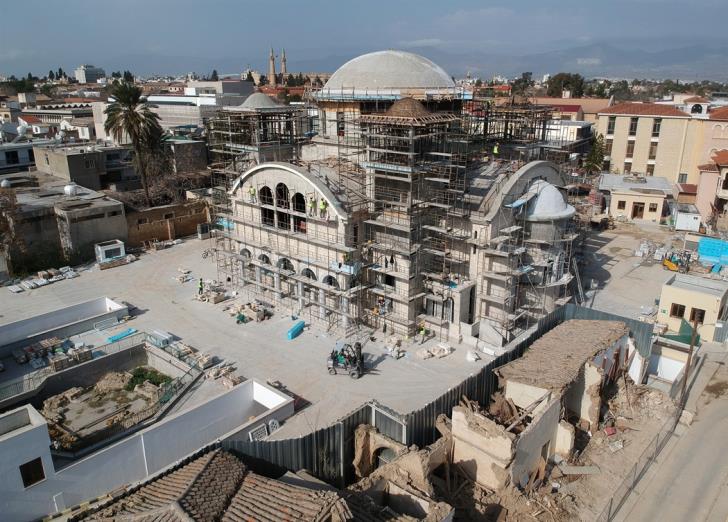 A group of active citizens are calling on the Attorney General to prosecute Cyprus Archbishop Chrysostomos over his recent criminal decision to order the demolition of listed buildings in old Nicosia.

In a letter made public on Monday, 62 citizens from the wider sector of culture, sciences and the economy list a number of criminal offences carried out by the church leader.

The also underlined that the general soft approach policy towards the Archbishop by the Attorney General far from puts the brakes on his unacceptable plans which are neither reasonable, moral or legal.

Last week, a row of buildings on Isokratous Street in old Nicosia, next to an under-construction cathedral, were partially demolished.

This action undertaken by the Archbishop has been widely condemned, with his office saying that a letter was dispatched to Nicosia municipal authorities promising to restore the church-owned homes to their original state.

And that the bad weather at the time damaged the houses, deeming them a safety hazard.

The Nicosia Municipal Council voted over the weekend to allow the Archbishop to restore the listed buildings.

Philenews reported that the approved agreement stipulates that a timeframe be set for the restoration of the buildings which will be subject to fines if violated and that the building works are estimated to last one and a half to two months.

In addition, the Archbishop said that he is willing to be bound by a guarantor letter worth €400,000-€500,000 that the municipality will be entitled to should he not make good on the commitment to restore the listed property.