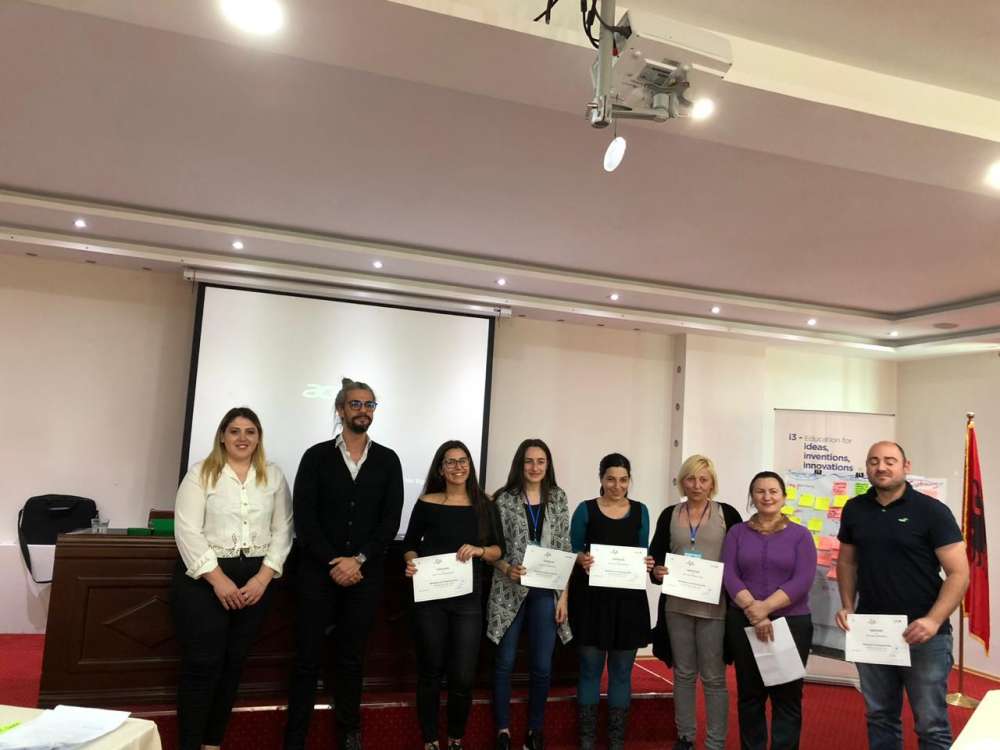 CIIM – Cyprus International Institute of Management, has successfully concluded its “Education for ideas, inventions and innovations for entrepreneurship – i3”.

The Fair and conference served as the finale of the two-year project, within the context of Balkan-Med Interreg and involved five partners from five countries who joined forces to create a model for entrepreneurship through researching top themes and creating targeted training workshops in the following areas: environment, energy, lifestyle, technology and Informatics.

The conference was appropriately hosted by the project lead partner, the Bulgaria Economic Forum, by the beautiful and historic setting at Sofia University.

Before the formal opening, the Lead Partner’s i3 Project Manager and Administrative Director of Bulgaria Economic Forum, Christina Zlatanova, delivered a speech regarding the project’s journey to success and welcomed guests and the press.

Following a press conference with all the project partners, Prof. Kosyo Stoychev, Chairman of Committee Italy-Bulgaria 2013, officially opened the fair and conference, and introduced Prof. Anastas Gerdzhikov, Rector of Sofia University, who welcomed the audience and gave the inaugural speech.

Boyko Takos, Executive Director, Bulgarian Small and Medium Enterprises Promotion Agency, followed by emphasising the importance of supporting new ideas, for Bulgarian SMEs and economy. The opening ceremony was honoured by the presence of the Ambassador of Cyprus in Bulgaria,  Marios Koundourides, who welcomed the audience, and proceeded to meet the Cyprus delegation, praising them for their efforts that conveyed them to this point, and adding that his own exposure to diverse cultures has added great value to his own experience, which is also evident in the i3 project outcomes.

The conference and fair then ensued concurrently, where teams from each of the partners’ countries represented their unique theme as a brief presentation to the audience, as well as within their own booth in the two-day fair.

Both the conference and the fair, were visited by investors interested in supporting innovation, as well as academics, and the general public who are interested in the aforementioned themes.

The Cypriot team presenters were supervised by George Tryphonos of CIIM. Within the fair, the teams, had great opportunities to connect directly with potential buyers, collaborators, and partners, as well as like-minded start-ups, which was a primary goal of the i3 project.

In the conference’s formal presentations, each of the partner’s Project Managers presented an overview of their ‘theme’ both as research results, and as future opportunities for start-ups. CIIM’s Project Role, was Managed by Prof. Takis Stylianides, VP of Operations, and Coordinated by Dr. George Guirgis, International Relations Executive.

After the two-day fair and conference, all of the participants were treated to a celebratory dinner party, hosted and organised by the Bulgaria Economic Forum, where everyone had the opportunity to express their appreciation in being part of this huge project, and also to reflect on the valuable outcomes shared.

CIIM, has prised innovation from its formation, and is planning to build on this project’s success by creating new opportunities for aspiring young innovators in the future

By In Cyprus
Previous articleBaby boy of murdered pregnant woman in London has died
Next articleHousehold saving rate in the euro area rises to 12.6% in the first quarter of 2019