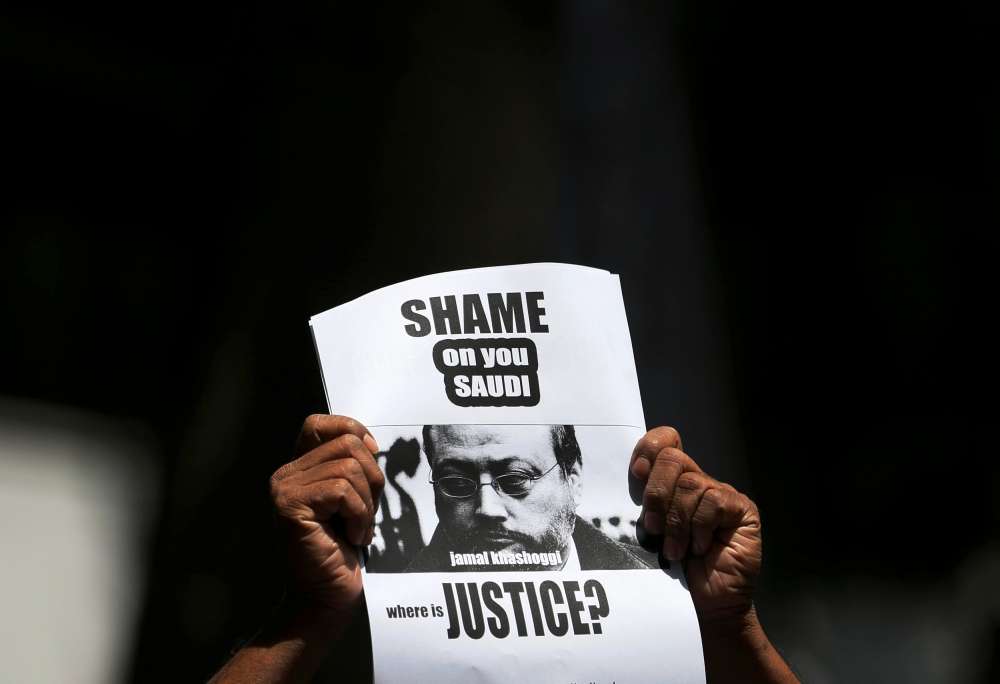 CIA director Gina Haspel heard an audio recording of the killing of Saudi journalist Jamal Khashoggi during her visit to Turkey this week, two sources told Reuters on Thursday.

Representatives of the CIA and Turkish intelligence have declined to comment on Haspel’s review of the recording.

Saudi Arabia first denied any involvement in Khashoggi’s disappearance on Oct. 2 but a Saudi official eventually attributed his death at the Saudi consulate in Istanbul to a botched attempt to return him to the kingdom.

Turkey has dismissed Saudi efforts to blame rogue operatives and urged the kingdom to search “top to bottom” for those responsible for the killing, which has stirred international outrage and condemnation.

Haspel, who arrived in Turkey on Monday, listened to an audio recording of Khashoggi’s killing during her visit, according to the sources, speaking on the condition they were not further identified.

Turkish Foreign Minister Mevlut Cavusoglu said on Thursday that Ankara had shared information with some parties who sought additional details. He told reporters that Turkey had no intention of taking the case to an international court but would share information if an international inquiry were launched.

Turkish officials have previously said authorities have an audio recording purportedly documenting Khashoggi’s killing. Turkish President Tayyip Erdogan has said the Washington Post columnist and critic of the Saudi leadership was killed in a planned, “savage killing” and has demanded Riyadh punish those responsible, no matter how highly placed.

Saudi Arabia’s powerful Crown Prince Mohammed bin Salman vowed on Wednesday that the killers would be brought to justice, in his first public comments on the matter.

By In Cyprus
Previous articleFacebook formally fined £500,000 for Cambridge Analytica scandal
Next articleParliament to vote on surveillance-privacy bills