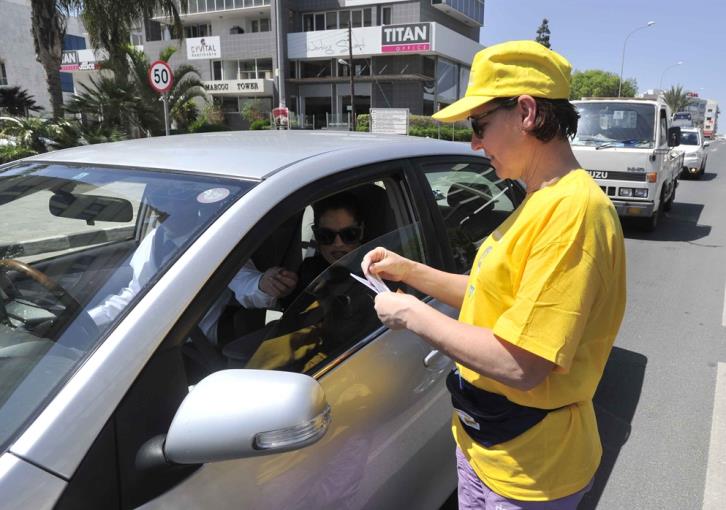 The 44th Christodoula’s March will take place on Sunday, April 14, president of the Cyprus Anti-cancer Society Adamos Adamou announced in a press conference on Wednesday.

Volunteers will be raising funds between 6-12 April in public offices, banks, city halls, companies, schools, universities and other institutions.

They will also be outside supermarkets and shops on 6 and 13 April and outside churches on April 14.

The volunteers will be selling coupons to the public on the street on Thursday April 11, between 6:30 am to 6:30 pm.

Those who wish to donate can do online through www.stimaxi.com.cy or the Quick-pay application of the Bank of Cyprus via the code DON-967073 or via SMS at 7060 (text CAS 5 to donate 5 euro, CAS 3 to donate 3 Euro and CAS 1 to donate 1 euro).

Christodoula’s March is an annual charity event aiming to raise money for the Cyprus Anti-cancer Society.

It was named after Christodoula a woman from Ayios Memnonas, Famagusta.

Becoming homeless after the invasion, Christodoula walked to Sotira from her village, despite suffering cancer of an advanced stage. She eventually reached Sotira, in much physical and mental pain, where she eventually died alone without any medical assistance or nursing care.

The first Christodoula March was organised in 1976. The aim of the Christodoula March is to raise public awareness about any matters concerning cancer and to secure the necessary funds to continue financing the various services offered to cancer patients by the Cyprus Anticancer Society.

Th annual charitable event has since become a tradition and a major source of revenue for The Cyprus Anti-Cancer Society. It raises approximately €500,000 annually.

By In Cyprus
Previous articleCyprus Backstop? Ireland is not the only island with Brexit muddle
Next articleHigh Commission uploads Brexit advice for British nationals in Cyprus