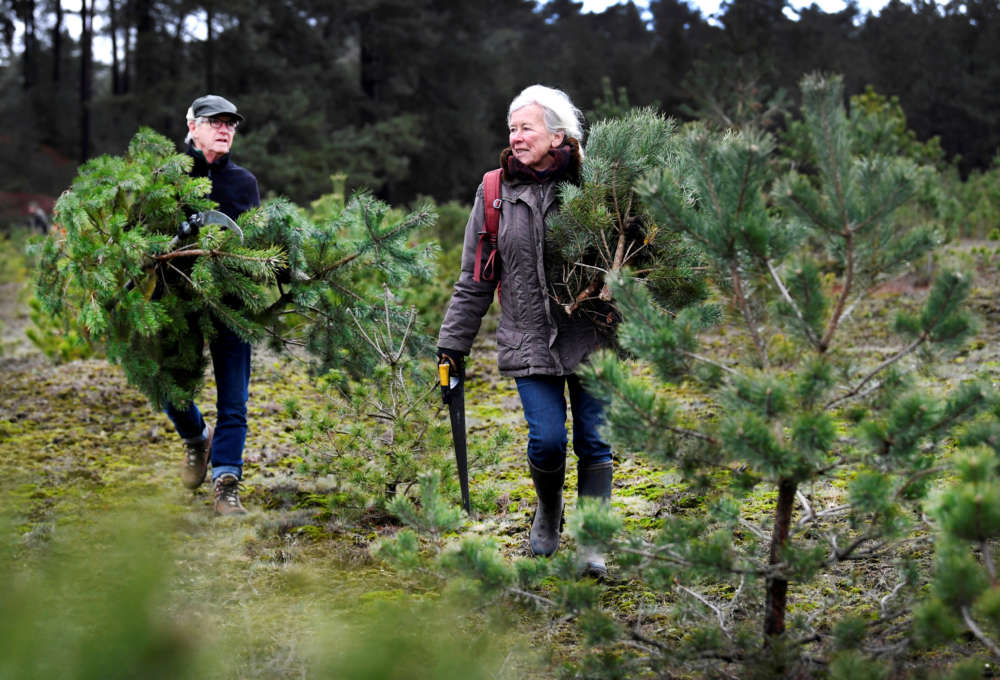 A national park in the Netherlands is making an unusual offer to visitors this holiday season: come and chop down your own Christmas tree – for free.

Rangers in Hoge Veluwe Park, near the eastern city of Arnhem, have set aside areas where Scots pines are threatening to overwhelm land used by lizards, crickets and other rare species.

They have invited visitors to bring their own axe, or borrow a handsaw from the site, to help keep the heathland clear.

Hundreds of families have already turned up this month to take their own trees, free of charge.

Staff have been struggling to control the spread of the trees thriving on the sandy, nitrogen-rich soil, said ranger Henk Ruseler.

“In this area we have several lizards, crickets, lichens and most of them are quite rare, they are on the European Red List of threatened species,” he told Reuters.

“So when this area becomes a forest, then all these rare species disappear,” he added.

The problem was partly caused, he said by rising levels of nitrogen in the environment from transport fumes and the over-fertilisation of farmland. Last month the government cut speed limits to try and reduce nitrogen levels.

The Hoge Veluwe, with its current expanses of 3,200 hectares of woodland and 2,100 hectares of heathland, is also know for its museum and gallery, with an impressive collection of Van Goghs and Modernist art.

The tree scheme runs for the next two weekends, with a limit of one tree per visitor.

By In Cyprus
Previous articleRussia banned from Olympics, World Cup and other big events for cheating over doping
Next articleGDP growth shows economy based on solid foundations, FinMin says