CHOGM communique to include reference to Cyprus issue 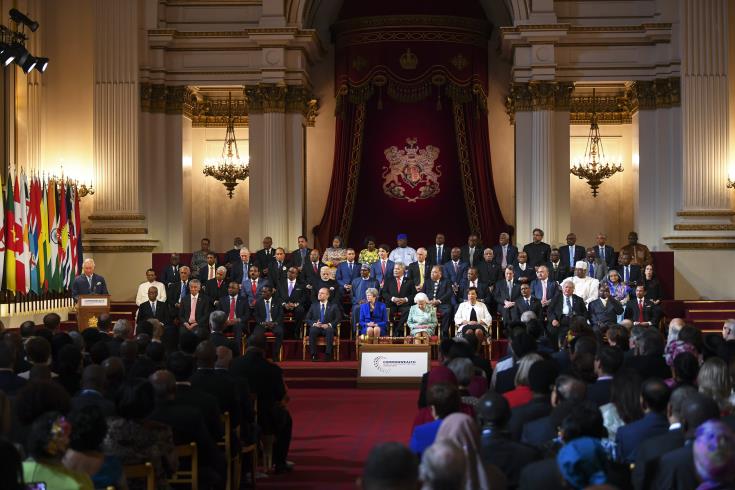 The Commonwealth Heads of Government Meeting (CHOGM) communique will include a reference to Cyprus with regard to the need for a settlement of the long-standing division of the island, said the Government Spokesman Prodromos Prodromou.

Speaking in London about the participation of the President of the Republic of Cyprus in the CHOGM, Mr Prodromou said that following his presence at the opening ceremony in Buckingham Palace this morning, President Anastasiades has been taking part in the main business of the leaders’ summit. The meetings began this morning and will conclude tomorrow afternoon.

“He has also had meetings with the President of Kenya Uhuru Kenyatta, as well as with other state leaders from Africa and the Caribbean. In a meeting with the Prime Minister of India Narendra Modi it was reaffirmed that a visit to Cyprus by the President of India will take place at the beginning of September.

“In these meetings with state leaders the President of the Republic has propounded the need to resume negotiations for the settlement of the Cyprus issue on the basis of the framework of the UN Secretary-General, asking the support of these countries for Cyprus’s case. In addition, in the communique that will be issued at the end of the Commonwealth summit, our delegation has made sure that a reference to Cyprus will be included.

“During the leaders’ summit, the President is submitting Cyprus’s positions on a common and secure future of collaboration with the aim of increasing prosperity; while on the subject of the ‘Blue Charter’ of the Commonwealth, Cyprus has announced officially that it offers to become a ‘Blue Charter champion’ undertaking a central and guiding role in fish farming,” added the Government Spokesman.