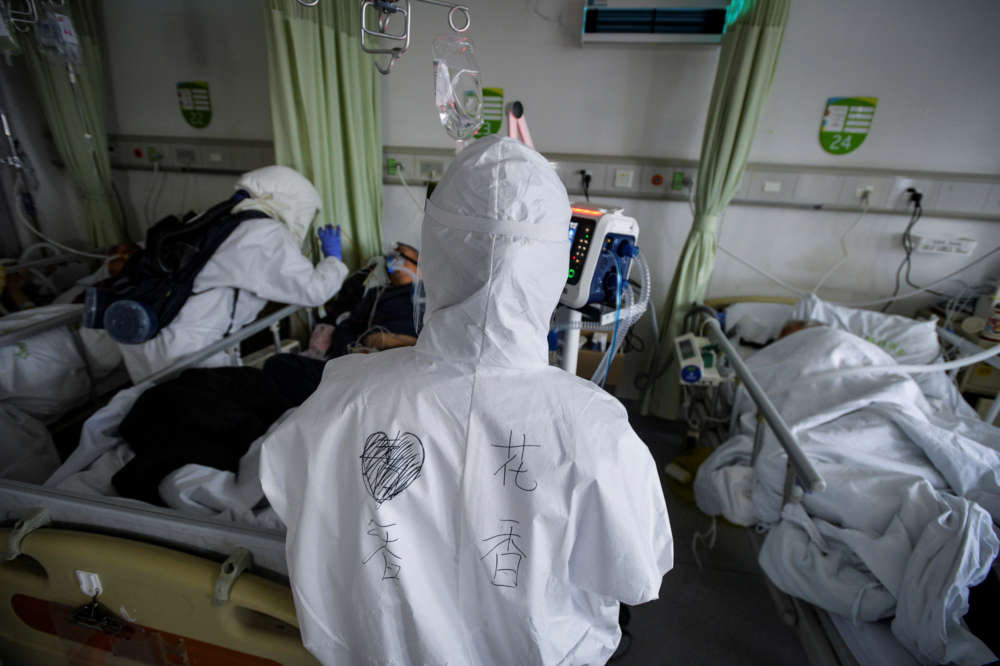 A Chinese doctor who issued an early warning about the coronavirus outbreak before it was officially recognised died of the virus on Friday, triggering a wave of public mourning and rare expressions of anger towards the government online.

Li Wenliang, an ophthalmologist at a hospital in Wuhan, the city at the epicentre of the outbreak, became one of the most visible figures in the crisis after he publicly revealed that he was one of eight people reprimanded by Wuhan police last month for “spreading rumours” about the coronavirus.

Some Chinese media outlets described him as a “hero who was willing to speak the truth” while other commentators posted poems, photos and drawings saluting him. The World Health Organization said on Twitter that it was “deeply saddened” by news of his death.

“Light a candle and pay tribute to the hero,” said one Weibo commentator. “You were the beam of light in the night.” An image also posted on Weibo showed a message, “farewell Li Wenliang”, carved into the snow on a riverbank in Beijing.

China’s Central Commission for Discipline Inspection, its top anti-corruption body, said on Friday it would send investigators to Wuhan to probe “issues raised by the people in connection with Dr. Li Wenliang.”

But there were also signs that discussions of his death are being censored, especially ones that blamed the government.

The topics “the Wuhan government owes doctor Li Wenliang an apology” and “we want free speech” briefly trended on Weibo late on Thursday, but yielded no search results on Friday.

Reports of Li’s death had surfaced before midnight local time in China on state media but were deleted later.

Zhan Jian, a professor of international journalism and Communication at Beijing Foreign Studies University, called on his Weibo account for a law shielding people like Li.

It would “protect people who have the inborn sense of right and wrong in telling faithful words to the public, and reveal the truth,” he said in his post.

The Wuhan hospital where Li worked said on its Weibo account that he died at 2.58 am local time on Friday.

Li, 34, in December told a group of doctors on WeChat, a Chinese social media and messaging platform, that seven cases of a disease resembling Severe Acute Respiratory Syndrome (SARS) had been linked to a seafood market in Wuhan, believed to be the source of the virus.

He posted a picture of a test result confirming a “SARS-like” coronavirus in a patient sample, according to a screenshot of the WeChat conversations seen and verified by Reuters.

A letter to Li from the Wuhan police bureau on Jan. 3 said he had “severely disrupted social order” with his WeChat messages.

He was asked to sign the letter as a promise to stop such illegal behaviour immediately, and told that if he refused to comply he would face criminal charges.

Li said on Weibo on Feb. 1 that he had tested positive for the coronavirus.

Reuters has been unable to reach Li’s family.

“He died after unsuccessful efforts to save him,” the Wuhan government said in a statement on its website.

“We express our deep condolences and regret! We pay tribute to how he stood at the front line to fight the epidemic and offer our sincere condolences to his family!

His treatment by authorities triggered memories of how China in 2003 was accused of trying to cover up a major outbreak of SARS, a previously unknown virus believed to have emerged from the wet markets of Guangdong province before spreading into major cities and other countries.

Sarah Cook, a senior research analyst and China Media Bulletin Director at Freedom House, said the public outcry over Li looked “widespread and unified”, but it still unclear how big a turning point it could be, given that other national tragedies like a 2008 high-speed rail crash had incurred similar public reaction that later petered off.

China has now reported more than 600 deaths and 30,000 cases of the coronavirus. China has vowed repeatedly to be open and transparent in dealing with the situation.

By In Cyprus
Previous articleCPC’s green light to House of Beauty shareholding deal
Next articleAnastasiades: Turkey’s actions have negative effect in bid to resume Cyprus talks