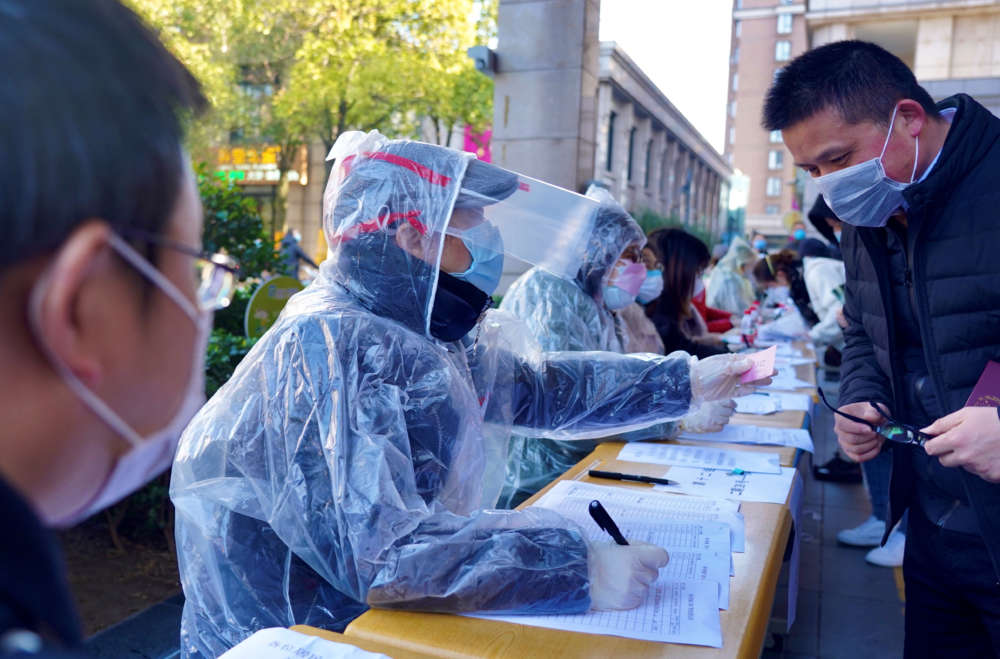 Chinese stock and commodity markets fell heavily on Monday as the death toll from a coronavirus epidemic in China rose to 361 and investors retreated into safe-haven assets in the first trading session after an extended Lunar New Year break.

Markets plunged at the open in their first session since Jan. 23, when the outbreak of the newly identified virus had claimed only 17 lives in Wuhan city, the epicentre of the outbreak, in Hubei province.

Since then, the flu-like virus has been declared a global emergency and spread to more than two dozen other countries and regions, with the first death outside of China reported on Sunday, that of a 44-year-old Chinese man who died in the Philippines after travelling from Wuhan.

The Shanghai Composite index shed 8% to hit one-year low on Monday, wiping almost $370 billion off the market value, according to Reuters calculations.

The yuan began trade onshore at its weakest level this year . Iron, oil and copper traded in Shanghai all dropped by their daily limits, catching up with global price falls as the spread of the virus has weighed on the world’s growth outlook.

Investors were bracing for volatility when onshore trade in Chinese stocks, bonds, yuan and commodities resumed, following a steep global selldown on fears about the impact of the virus on the world’s second-biggest economy.

Looking to head off panic, China’s central bank injected 1.2 trillion yuan ($173.8 billion) of liquidity into the markets via reverse repo operations on Monday.

But while stock markets reopened, most provinces have extended the Lunar New Year holiday to try to contain the virus, with workers in Hubei not scheduled to return to work until after Feb. 13.

Cities like Wuhan remain in virtual lockdown with travel severely restricted, and China is facing mounting international isolation as well due to restrictions on flights to and from the country.

At least another 171 cases have been reported in more than two dozen other countries and regions, including the United States, Japan, Thailand, Hong Kong and Britain.

The World Health Organization has declared the outbreak a public health emergency of international concern but said global trade and travel restrictions are not needed.

A hospital built in just eight days to treat people with the virus in Wuhan will begin to take patients on Monday, state media said.

The hospital called Huoshenshan, or “fire-god mountain”, will have 1,000 beds. More than 7,500 workers took part in the project, launched on Jan. 25 and finished this weekend.

China is building a second hospital in Wuhan with 1,600 beds. Leishenshan, or “thunder-god mountain”, is scheduled to be completed on Feb 5.

More than 250 people from 30 countries arrived in France on Sunday after being flown out of Wuhan in the latest evacuation of foreign nationals from the locked-down city.

Australia evacuated 243 people, many of them children, from Wuhan on Monday and will quarantine them on a remote island in the Indian Ocean off its northwest coast.

Australia on Saturday followed the United States in barring entry to all foreign nationals travelling from mainland China.

The Group of Seven industrialised democracies are trying to find a common approach for dealing with the fast-spreading new coronavirus, German Health Minister Jens Spahn said on Sunday.

The virus is thought to have emerged late last year in a Wuhan market illegally trading wildlife. It can cause pneumonia and spreads between people in droplets from coughs and sneezes.

It has created alarm because it is spreading quickly and there are still important unknowns surrounding it, such as its death rate and whether it is able to spread before any symptoms show.

The number of deaths in China has now passed the total Chinese toll from the 2002-03 outbreak of Severe Acute Respiratory Syndrome (SARS), another coronavirus that emerged from China and killed almost 800 people around the world.

Even so, Chinese data on the numbers of infections and deaths suggests the new coronavirus is less deadly than SARS, although such numbers can evolve rapidly.