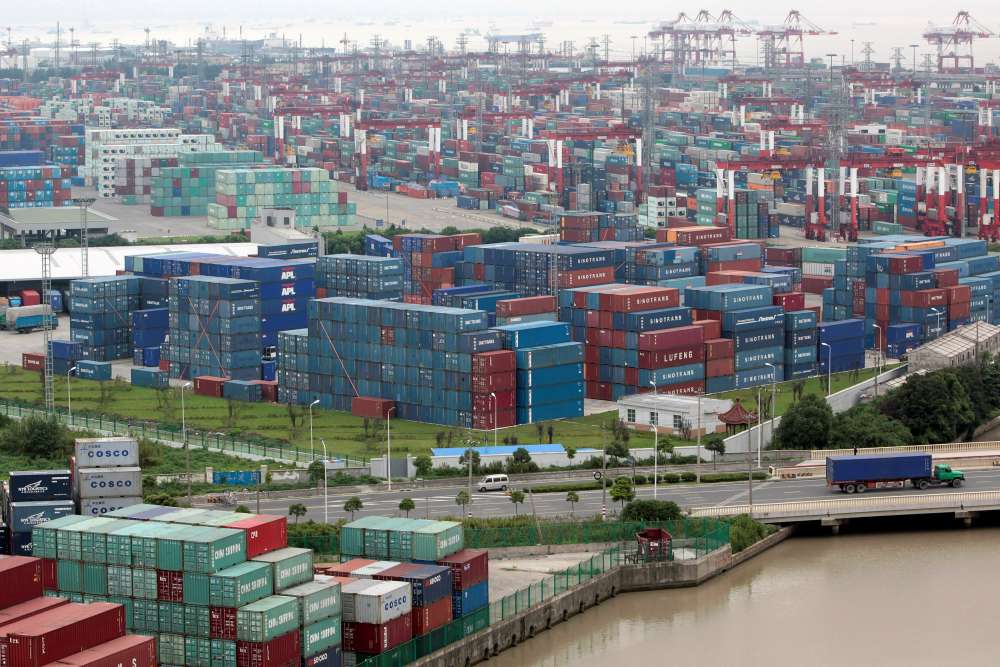 China’s trade surplus with the United States swelled to a record in June as its overall exports grew at a solid pace, a result that could further inflame a bitter trade dispute with Washington.

But signs exporters were rushing shipments before tariffs went into effect in the first week of July suggest the spike in the surplus was a one-off, with analysts expecting a less favourable trade balance for China in coming months as duties on exports start to bite.

The data came after the administration of U.S. President Donald Trump raised the stakes in its trade row with China on Tuesday, saying it would slap 10 percent tariffs on an extra $200 billion worth of Chinese imports, including numerous consumer items.

China’s trade surplus with the United States, which is at the centre of the tariff tussle, widened to a record monthly high of $28.97 billion, up from $24.58 billion in May, according to Reuters calculations based on official data going back to 2008.

Trump, who has demanded Beijing cut the trade surplus, could use the latest result to further ratchet up pressure on China after both sides last week imposed tit-for-tat tariffs on $34 billion of each other’s goods. Washington has warned it may ultimately impose tariffs on more than $500 billion worth of Chinese goods – nearly the total amount of U.S. imports from China last year.

The dispute has jolted global financial markets, raising worries a full-scale trade war could derail the world economy. Chinese stocks fell into bear market territory and the yuan currency has skidded, though there have been signs in recent days its central bank is moving to slow the currency’s declines.

China’s June exports rose 11.3 percent from a year earlier, China General Administration of Customs reported, beating forecasts for a 10 percent increase according to the latest Reuters poll of 39 analysts, and down from a 12.6 percent gain in May.

China’s commerce ministry confirmed last month that Chinese exporters were front-loading exports to the U.S. to get ahead of expected tariffs – a situation that could exacerbate any slowdown in shipments toward the year-end.

“Looking ahead, export growth will cool in the coming months as US tariffs start to bite alongside a broader softening in global demand,” Julian Evans-Pritchard, Senior China Economist at Capital Economics in Singapore wrote in a note, though he noted a weaker yuan should help offset some of the decline.

China’s exports to the United States rose 13.6 percent in the first half of 2018 from a year earlier, while its imports from the U.S. rose 11.8 percent in the same period.

Separate data suggested some Chinese retailers moved up orders to the U.S. to insulate themselves from the intensifying trade war that threatens to send up costs on a growing number of consumer products.

For January-June China’s trade surplus with the United States rose to $133.76 billion, compared with about $117.51 billion in the same period last year.

After a strong start to the year, growth in China’s exports has moderated recently, and is expected to face more pressure from the initial round of U.S. tariffs. Both official and private business surveys reported softer export orders last month.

China’s foreign trade faces risks of slowing in the second half of the year, General Administration of Customs spokesman Huang Songping told a news conference – a view backed by analysts and likely to put more strain on an economy already feeling the pinch from a multi-year debt battle that has driven up corporate borrowing costs.

Investors fear a prolonged trade battle with the United States could harm business confidence and investment, disrupting global supply chains and harming growth in China and the rest of the world.

South Korea, Asia’s fourth-largest economy, warned on Thursday that components and materials used in home appliances, computers and communications devices could be caught in the crossfire of the trade war.

Imports grew 14.1 percent in June, customs said, missing analysts’ forecast of a 20.8 percent growth, and compared with a 26 percent rise in May.

The commerce ministry also said this week it will use funds collected from tariffs charged on imports from the U.S. to help ease the impact of U.S. trade actions on Chinese companies and their employees.

In a sign Beijing is seeking alternative supplies of the commodities as it hit U.S. imports with extra tariffs, China had dropped import tariffs on a range of animal feed ingredients from several Asian countries.

Separate customs data on Friday showed imports of commodities from soybeans to crude oil eased compared with a year ago, but China’s steel mills and aluminium smelters sold much more abroad spurred by higher international prices amid growing concerns about slowing demand growth.

The data could renew longstanding criticism from the United States and Europe that the world’s top metal producer is selling its surplus product abroad, hurting foreign rivals.

“We expect slowing export growth to put downward pressure on the current account and RMB (yuan), and believe China is likely to be willing to make concessions in future rounds of trade negotiations with the U.S.,” Nomura analysts said in a note to clients.