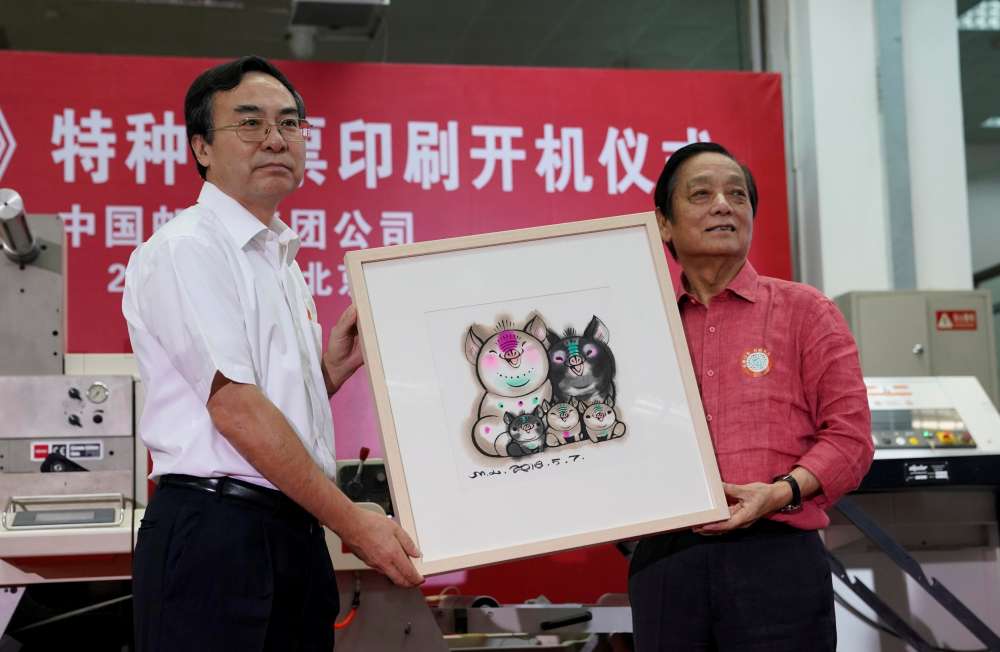 A new “pig family” postal stamp has stoked debate about whether China may further loosen its family planning policy next year as couples delay parenthood and the world’s most populous nation greys.

China Post, on its official website on Monday, unveiled the design of a stamp due for release in 2019 – the Year of Pig. The design features a family of two smiling pigs and their three cheerful piglets.

Many Chinese took the design as a sign the government is seeking to promote a bigger family size, according to posts on social media.

China allowed urban couples to have two children in 2016, replacing a decades-long one-child policy in place since 1979. The policy change was preceded by a stamp design with a zodiac theme four months earlier that portrayed a monkey family with two baby monkeys.

“Judging from the new stamp design, you can tell China will definitely encourage people to have three kids in 2019,” a user with the handle of Sven Shi wrote on China’s popular microblogging website Weibo.

Such a move would be an attempt to “prevent the further shrinking of the labour force in the future”, Shi said.

In 2017, a year after the two-child policy was adopted, the National Health Commission said the number of new born babies in the country was 17.58 million, 12 percent below the national forecast.

The commission did not immediately respond to a faxed request for comment.

Weibo user Woshixiaoyu Roland said young people should remain “sober-minded” and save money for their own retirement.

It is of course possible the new stamps do not necessarily translate into policy change – China Post released a stamp featuring a mother pig with her five piglets in the last Year of the Pig in 2007.