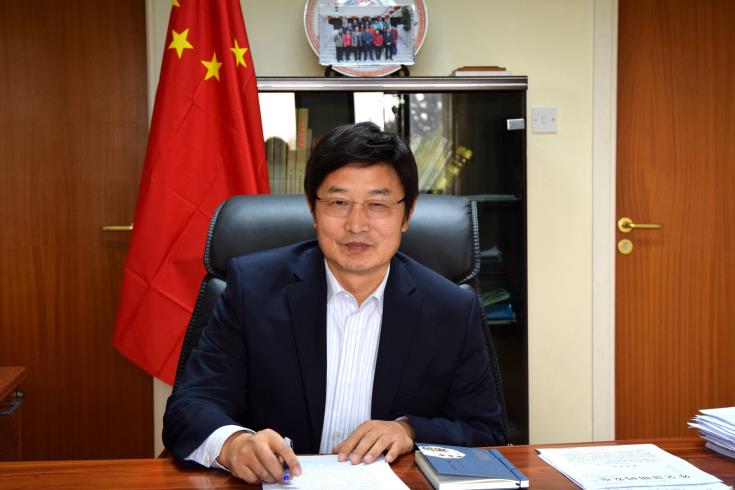 Τhe Cyprus government has achieved remarkable results in its work to control the pandemic of COVID-19,  according to China’s Ambassador  to Cyprus, Huang Xingyuan who spoke of a “miracle” in comparison to the situation elsewhere in Europe.

In an article, posted on Wednesday on the Embassy’s Facebook account, Ambassador Huang also expresses his confidence that “Cyprus will win the battle against COVID-19 and the world will triumph over this common enemy of humankind, and China-Cyprus friendship and cooperation will come out of pandemic much stronger.”

A decrease to the number of new confirmed cases in recent days seems to indicate that Cyprus has reached a turning point in fighting COVID-19, the Ambassador notes. “This should be considered a miracle as compared to the entire European continent which has fallen as a whole and seen a relatively high rate of infections” he adds.

The Ambassador attributes results to a number of reasons, and says that the Cypriot government has attached great importance to control the pandemic and adopted the correct measures. The government made a prompt response from the very beginning by implementing stricter prevention and control measures than those of other European countries instead of pursuing the so-called “herd immunity” policy, he adds.

Another reason is, according to Ambassador Huang, the fact that all stakeholders in Cyprus have remained in solidarity and formed a united front against the pandemic. “There used to be different opinions among political parties, interest groups and various communities, whether on internal and external affairs or on the Cyprus problem. However and in the face of the pandemic, the Cypriot people united as a whole, giving unswerving support to the most courageous doctors and nurses to fight the virus and save lives” he says.

Third, the Ambassador of China notes that the general public has been highly cooperative with government measures, showing impressive levels of self-discipline and patriotism, even when measures interrupted life-long Easter traditions.

“Thanks to the sound policies and positive guidance of the government, the anti-pandemic efforts of Cyprus have been on the right track” the Ambassador goes on and says that extreme remarks find no market and discriminatory behaviors no space. “I have rarely heard complaints of racist acts from Chinese citizens living in Cyprus, in sharp contrast to the situation in the United States and some other countries” he notes.

According to Ambassador Huang, China and Cyprus have fought the pandemic with mutual support and concerted efforts, while the Chinese Embassy has built joint prevention and control mechanisms with the Ministry of Foreign Affairs, Ministry of Health and other pertinent authorities of Cyprus.

“I personally keep a hotline contact with Foreign Minister Nikos Christodoulides and other officials of Cyprus” he goes on and refers to the three batches of Chinese donation that arrived timely in Cyprus.

“Dawn is ahead, but there is still a long way to go before achieving a full victory against the pandemic” the Ambassador says and appears confident that Cyprus will win the battle.

By In Cyprus
Previous articleUK economy crumbles under coronavirus strain; questions mount over lockdown exit
Next articleRyanair must be clear about full ticket price – EU court