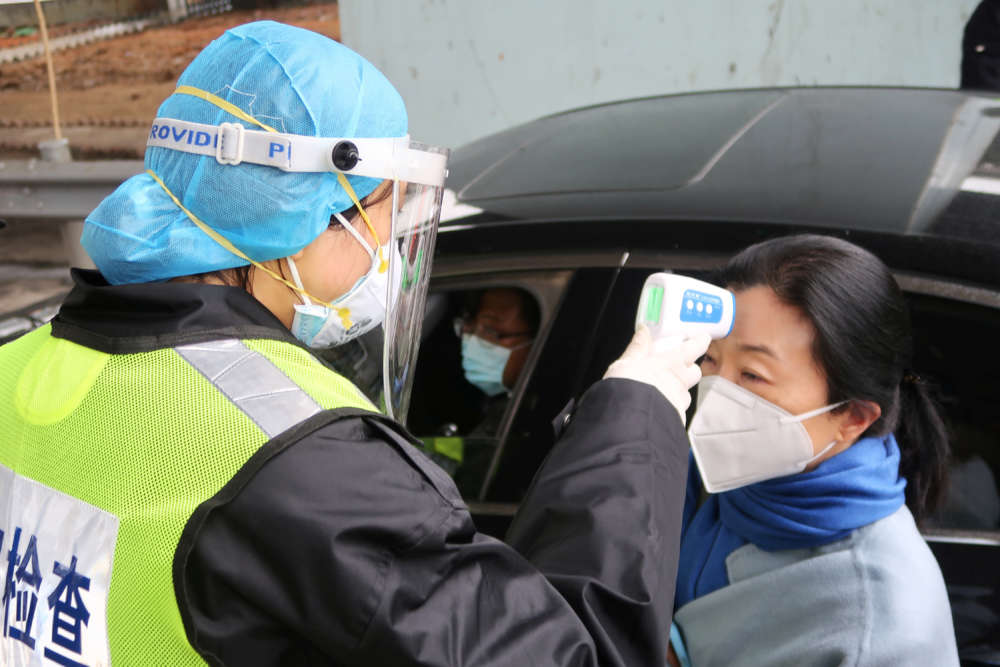 China ramped up measures to contain a virus that has killed 26 people and infected more than 800, suspending public transport in 10 cities, shutting temples over the Lunar New Year and even closing the Forbidden City and part of the Great Wall.

The week-long holiday to welcome the Year of the Rat began on Friday, raising fears the infection rate could accelerate as hundreds of millions of people travel to their homes and abroad in what is usually a festive time of year.

The World Health Organisation (WHO) has declared the new coronavirus an emergency for China but stopped short of declaring the epidemic of international concern.

While most of the cases and all of the deaths have been in China, the virus has been detected in Thailand, Vietnam, Singapore, Japan, South Korea, Taiwan and the United States. It was likely Britain also had cases, a health official said.

The newly identified coronavirus has created alarm because it is too early to know just how dangerous it is and how easily it spreads between people.

Symptoms include fever, difficulty breathing and coughing. Most of the fatalities have been elderly, many with pre-existing conditions, the WHO said.

Cases are likely to continue to rise in China but it is too soon to evaluate the severity of the virus, a WHO spokesman said on Friday.

As of Thursday, there were 830 confirmed cases and 26 people had died there, China’s National Health Commission said.

In Wuhan, where the outbreak began last month, pharmacies were running out of supplies and hospitals were flooded with nervous resident seeking medical checks.

“There’s so much news, so much data, every 10 minutes there’s an update, it’s frightening, especially for people like us in a severely hit area,” Lily Jin, 30, a resident of the city, told Reuters by phone.

While restrictions have already been put in place in cities across the country to curb the outbreak, China will take stricter and more targeted measures, state television reported citing a state council, or cabinet, meeting on Friday, but gave no further details.

“The spread of the virus has not been cut off … Local authorities should take more responsibility and have a stronger sense of urgency,” state broadcaster CCTV said.

Most cases have been in Wuhan, where the virus is believed to have originated in a market that traded illegally in wildlife. Preliminary research suggested it crossed to humans from snakes.

The city of 11 million people, and neighbouring Huanggang, a city of about 7 million, were in virtual lockdown.

Nearly all flights at Wuhan’s airport had been cancelled, and airports worldwide have stepped up the screening of passengers from China.

Wuhan was rushing to build a 1,000-bed hospital for the infected by Monday, the official Changjiang Daily reported.

About 10 people got off a high-speed train that pulled into Wuhan on Friday afternoon but nobody got on before it resumed its journey. Although it stopped there, Wuhan had been removed from the train’s schedule.

“What choice do I have? It’s Chinese New Year. We have to see our family,” said a man getting off the train who gave his family name Hu.

The WHO said on Thursday it was a “bit too early” to designate the outbreak a public health emergency of international concern, which would require countries to step up their response.

There is no known vaccine or particular treatment.

“There is some work being done and there are some trials now for MERS (vaccines). And we may look at some point whether those treatments and vaccines would have some effect on this novel coronavirus,” WHO spokesman Tarik Jasarevic said on Friday.

Gilead Sciences Inc said it was assessing whether its experimental Ebola treatment could be used. Meanwhile, three research teams were starting work on vaccines, the Coalition for Epidemic Preparedness Innovations said.

In the meantime, Chinese authorities have imposed restrictions on movement and gatherings to try to stem the spread. It has advised people to avoid crowds and 10 cities in the central province of Hubei, where Wuhan is located, have suspended some transport, the Hubei Daily reported.

Some sections of the Great Wall near Beijing will be closed from Saturday, state media said.

Some temples have also closed, including Beijing’s Lama Temple where people make offerings for the new year, have also been closed as has the Forbidden City, the capital’s most famous tourist attraction.

Shanghai Disneyland will close from Saturday. The theme park has a 100,000 daily capacity and sold out during last year’s Lunar New Year holiday.

The virus is expected to dent China’s growth after months of economic worries over trade tensions with the United States, unnerving foreign companies doing business there.

Shares in luxury goods firms have suffered from the anticipated drop in demand from China, and on Friday French spirits group Remy Cointreau said it was “clearly concerned” about the potential impact.