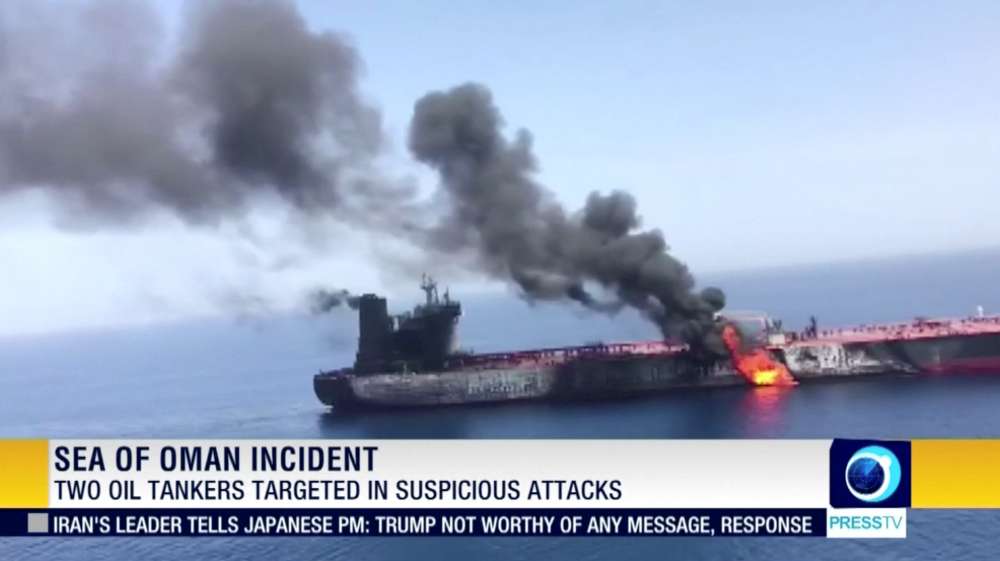 Nobody wants war in the Gulf of Oman, China’s foreign ministry said on Friday, calling on all sides to exercise restraint following attacks on oil tankers in those waters, and urging the resolution of differences through dialogue.

The United States blamed Iran for Thursday’s attacks that drove up oil prices and fuelled concerns about a new U.S.-Iranian confrontation, although Tehran has denied the accusation.

“Nobody wants to see war in the Gulf. That is not in anyone’s interest,” he told a regular news briefing in Beijing, adding that China hoped all sides could resolve differences via dialogue.

“We hope all relevant parties remain calm and exercise restraint and avoid tensions further escalating, and hope all sides can jointly safeguard navigational safety in the relevant waters and regional peace and stability.”

China would continue to safeguard its energy security and the lawful rights of its companies, Geng added.

Earlier, state media cited President Xi Jinping as telling Iran’s President Hassan Rouhani on the sidelines of summit in Kyrgyzstan that China would promote steady development of ties with Iran no matter how the international situation changed.

China and Iran have close energy ties, and Beijing has been angered by U.S. threats against countries and companies that violate U.S. sanctions by importing Iranian oil.

It was not immediately clear what befell the tankers, the Norwegian-owned Front Altair and the Japanese-owned Kokuka Courageous, which both suffered explosions, forcing crews to abandon the vessels, leaving them adrift in waters between Gulf Arab states and Iran.

On Thursday night, U.S. Central Command spokesman Bill Urban released a video of what the U.S. military said was an Iranian Revolutionary Guard Corp Gashti Class patrol boat approaching the Kokuka Courageous “and was observed and recorded removing (an) unexploded limpet mine from the Kokuka Courageous.”

Tension between Iran and the United States have risen since U.S. President Donald Trump pulled out of a deal last year between Iran and global powers that aimed to curb Tehran’s nuclear ambitions in exchange for sanctions relief.

Washington has also accused Iran or its proxies of carrying out a May 12 attack on four tankers off the United Arab Emirates’ coast as well as May 14 drone strikes on two Saudi oil-pumping stations.

By In Cyprus
Previous articleMet office raises danger level of thunderstorms to orange
Next articleTurkey says would retaliate against U.S. sanctions over Russian S-400s